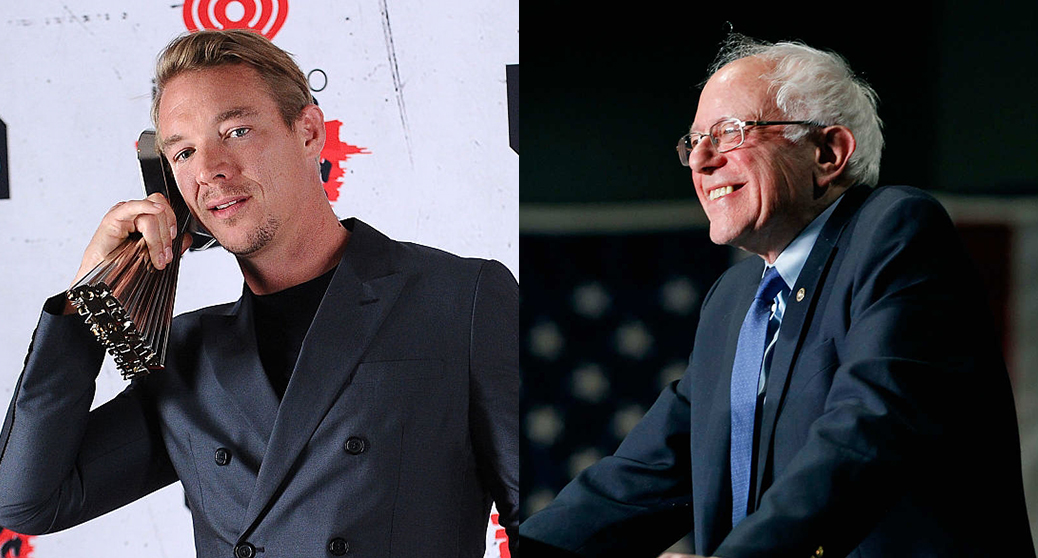 Diplo is not one to shy away from his political views, going so far as to vocalize his beliefs and support for Democratic nominee Bernie Sanders through various social media platforms.

Now the GRAMMY Award winning DJ/Producer has further contributed his support by providing the soundtrack for Sanders’ new campaign “It’s a Revolution” with his 2013 track “Revolution.” The new ad campaign highlights the broad spectrum of supporters that Sanders has accrued. In the Senator’s own words: “Day in and day out, from sun up to sun down, volunteers and supporters all across this country have powered this political revolution. For that, we thank you.” Check out the ad in the video below.

Tonight (April 4th) the Democratic presidential candidate is spearheading Bern NY Bern, part of the Feel The Bern campaign which looks to close the gap between himself and Hillary Clinton.The event will be held at New York’s Flash Factory and will include speakers Rosario Dawson, Gaby Hoffmann, and Zoe Kravitz. In addition, musical performances will be given Wild Belle, Chappo, and Tommie Sunshine, along with many more.

“Join us to get our good man Bernie Sanders elected. We want you to get involved! Make art and storm the streets. We can change the world and we need your help. There is no entry fee. We hope you will donate to the campaign. Most importantly we hope you leave the event with some ideas of how you can help spread the message!”