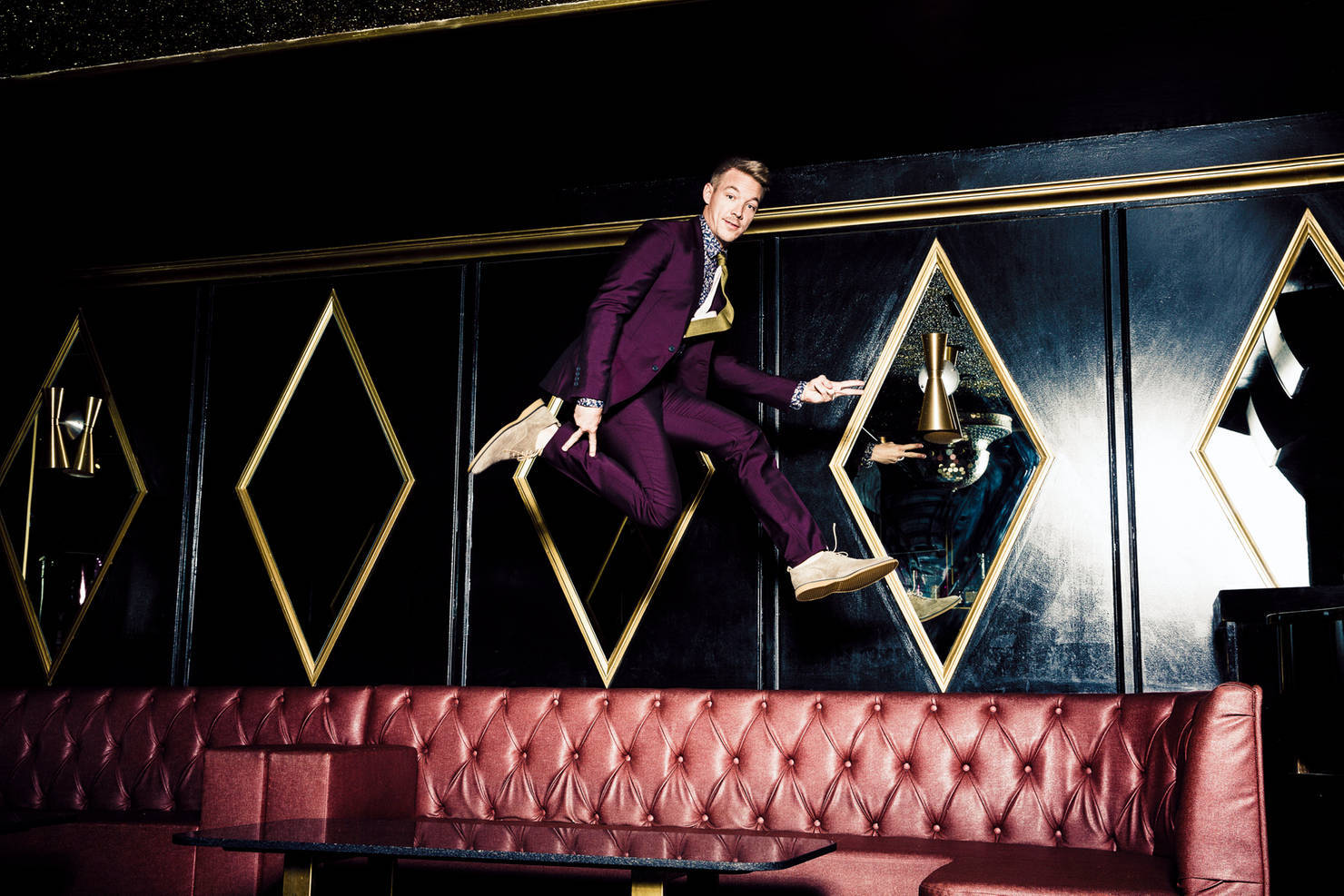 Diplo has had a long and illustrious career as a DJ, producer, and entrepreneur. He’s worked with a packed house full of artists from MØ, Justin Bieber, Beyoncé, to his own group Mazor Lazer. In 2015, Diplo, whose real name is Thomas Wesley Pentz, put out the hottest track of the year with the single “Lean On,” an international powerhouse that topped the digital charts on Spotify, Shazam, and iTunes.

Recently he sat down with Billboard to discuss his outlook on DJ culture, the artists he’s worked with in the past, and politics. Read the full interview here.

On the current state of EDM

“The DJ world is the corniest fucking group of people. We’re not celebrities, we’re not famous for any good reason. We’re just … really lame. Besides people like Dillon Francis, who makes fun of the whole thing, or Calvin Harris, it’s a sinking ship. It’s a really lame culture. I’m sad that I’m part of it, but I play the game.”

“Beyoncé is the only artist I’ve produced for the last year, because it’s more lucrative for us to make our own music now. When we put out a song with Beyoncé, cool, we’ll get a fee, we’ll get some [publishing] splits, but Beyoncé is going to make a billion dollars touring it. If I make a song and it’s my song, like ‘Lean On,’ we’re going to make money off the synchs, the Spotify and we get to headline festivals on it. That’s the model I want to explore. [Beyoncé’s] one of the only artists who can culminate a body of work so concisely. Nobody does that anymore. I was like, ‘Oh fuck, this all makes sense.’ ”

“Justin came to Vegas one night when I played ‘Where Are U Now.’ He had just turned 21, and he was like, ‘Yo, man, I want to thank you, because this is the first time I’ve ever had adults clap for me. This is like a big deal.’ You think about that, and yeah, he was kind of like a clown on a pedestal. People just like picked on him. I think it’s hard because Justin wants to be cool,” adds Diplo. “And he’s a music fan. He loves pop music just like he loves rap music. We did like five rap songs you’ll never hear. And if you were 18 or 19, can have any girl you want, have all the money you want? F–, I would be a lot f–ing crazier than him. I mean, I’m 37, and I’m just finally maturing now.”

“The value goes both ways”, says Scooter Braun. “Justin brought a massive amplification of what Diplo does. And Diplo brought Justin a level of credibility that we needed at the time.”

On Snapchat, the app which Diplo and his team invested in a round of funding

“Snapchat’s the place where people are hearing and learning about culture,” he says. “This hat I’m wearing?” — he points to his head — “It’s not even real, it’s just a demo. But I put a picture with this hat on Snapchat, and kids are asking, ‘Where can I get that?’ And if, like, Kendall Jenner puts our music on there? Sales go up immediately. It’s crazy.”

“If Hillary was the only candidate, I don’t think anyone would care about politics at all. Trump is actually exciting in a lot of ways, too. But Bernie Sanders is amazing to me because so many young kids learned about politics. And it was all because of the Internet. The traditional media never gave Bernie Sanders the time of day. But he went viral the same way hip-hop and new dances go viral. And I’m part of that culture.”