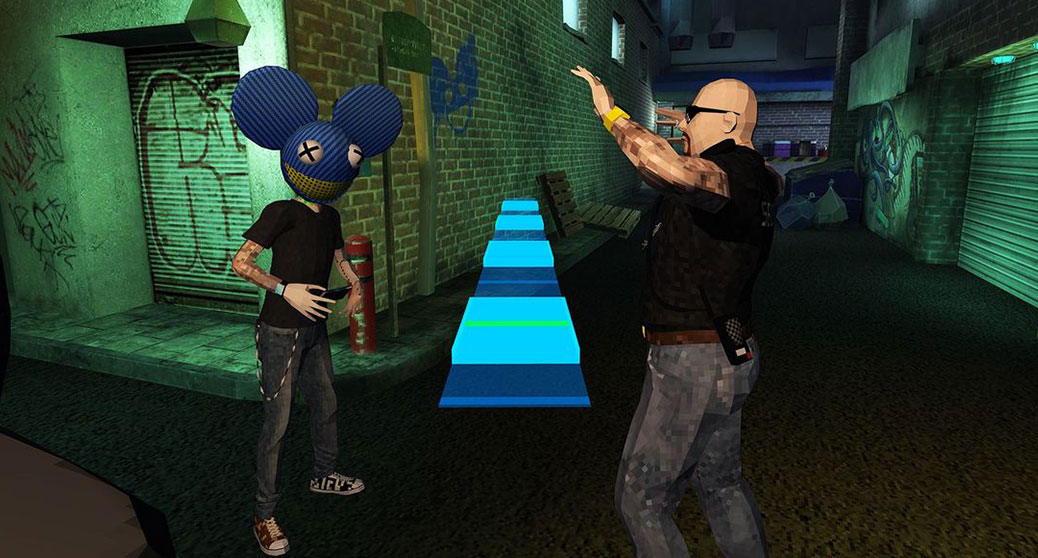 Deadmau5 is set to release a virtual reality game.

Deadmau5 has teamed up with Absolut Labs to create Absolut deadmau5 a video game that allows “fans to join the artist in his own virtual world like never before.” The game is called “Saved” and users maneuver the outspoken EDM artist in GTA-like fashion, be it hurdling over obstacles or hijacking automobiles. It even features a cameo from his virally famous cat Meowingtons.

“Users maneuver live-action obstacles to get deadmau5 to his concert destination on time. The culmination of the experience is a concert in which the artist performs his new track, ‘Saved’ in front of a live audience shot in the artist’s hometown of Toronto.”

“The Absolut deadmau5 experience begins in the artist’s garage with a guest appearance from his Instagram-famous cat, Meowingtons. Here, users help deadmau5 select one of his iconic cars, complete with a driver, and set out on a journey toward a nighttime gig.”

It’s no secret that the DJ/producer has an affinity for video games. Earlier this year he revealed that he’s obsessed with playing them and has even hinted at sponsoring a professional gaming competition down the line. He’s even admitted that soundtracks to iconic games like Castlevania really turned him on to making music. And now he’s made a virtual reality game of his own.

Absolut deadmau5 will be available via iOS, Android and Samsung app stores. You can play the conventional way, but for the complete VR experience, it’s advised you play via a headset.

Are you planning on picking up Absolut deadmau5? Let us know in the comment section below!