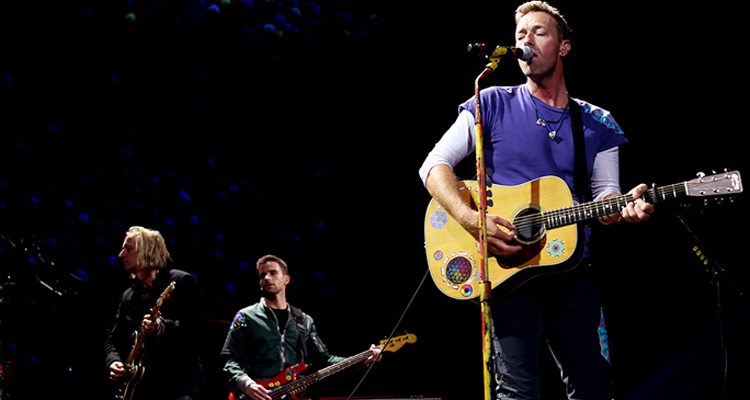 Coldplay‘s concert in Portland, Oregon Monday night included two touching tributes — first to the 59 lives lost in the tragic mass shooting in Las Vegas and then to the late music legend Tom Petty.

The Grammy Award winning band held a moment of silence for the celebrated late rock icon. Later, they’d invite R.E.M.’s Peter Buck to the stage for a spirited cover of Petty’s “Free Fallin’.” They began with a minute of silence for the Las Vegas victims, blacking out the stadium and letting the crowd’s cell phone lights illuminate the entire arena.

This evening's Portland show began with a minute's silence. The entire arena lit only by people's phones.
When words fail, sometimes quiet is the most eloquent.
R42 pic.twitter.com/HvrbO8l56y

“This evening’s Portland show began with a minute’s silence. The entire arena lit only by people’s phones. When words fail, sometimes quiet is the most eloquent,” the band wrote on Twitter, captioning a photo of the touching moment.

Following the minute of silence, Peter Buck joined the band for this wonderful rendition of Freefalling by Tom Petty.
R42 pic.twitter.com/KzRMHYGKwS

Petty died on Monday after being rushed to the hospital following cardiac arrest. He was 66.