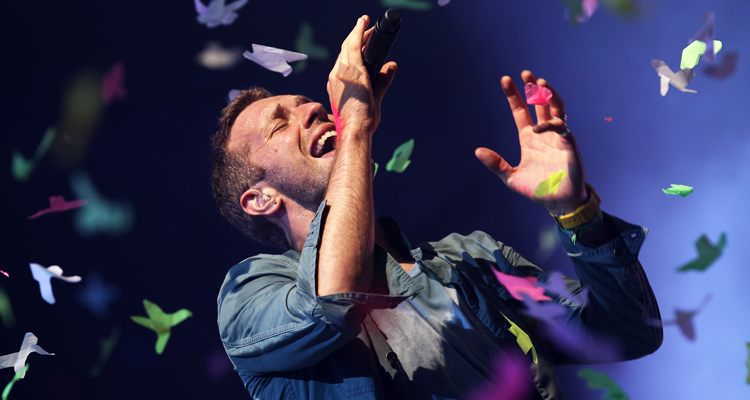 Coldplay trace their charmingly nerdy beginnings, creative struggles and rise to pop superstardom in the first trailer for their upcoming band documentary A Head Full of Dreams. The film, which follows the British quartet’s life over the course of two decades, is out November 16th via Amazon Prime Video.

The documentary name is based off of the band’s seventh and most recent LP, 2015’s A Head Full of Dreams.

Director Mat Whitecross showcases the band members’ early personalities, including Buckland as a quiet, “stoned guy in the corner” and Martin as a “massive ball of energy.” The trailer also shows the band in the studio, goofing off in the control room and grappling with artistic choices (including Martin’s insecurities over the lyrics of 2005’s “Fix You”).

Prior to the Amazon release, Coldplay will launch the movie on Wednesday, November 14th with a special one-night screening in over 2,000 theaters around the world. Tickets go on sale this Friday, October 19th.

In conjunction with the film, the band will premiere three live tracks – “Us Against the World,” “Don’t Panic” and a cover of the Bee Gees’ “Stayin’ Alive” with Barry Gibb – exclusively on Amazon Music starting Friday, October 26th.