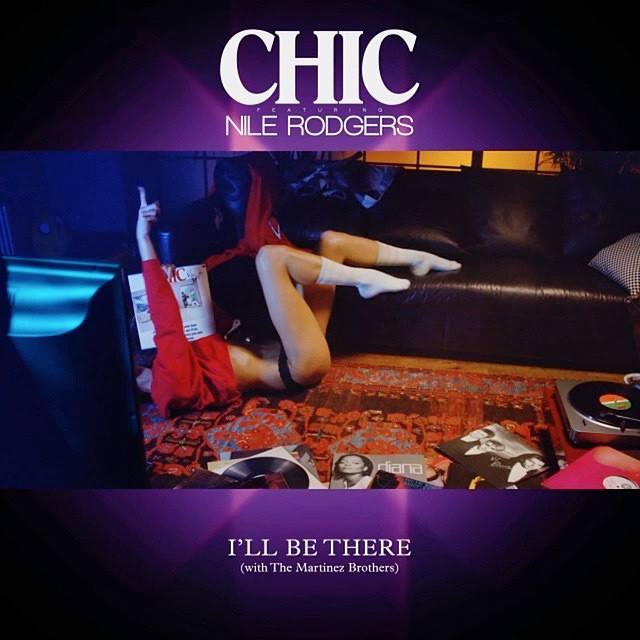 ‘I’ll Be There’, the first new single from CHIC featuring Nile Rodgers in 23 years, was released today! A glorious celebration that echoes the Disco sound of the band’s classic 1970’s hits “Everybody Dance”, “Le Freak” and “Good Times”, the new Warner Bros Records single is proof positive that what’s old is new again!

Enjoying a massive, worldwide re-birth, Rodger’s recent writing and production work with multi-Grammy Award winning Daft Punk as well as Adam Lambert and Lady Gaga sets the stage for ‘It’s About Time’,  the forthcoming CHIC album that includes a selection of lost Chic tapes featuring the original members of the band. Nile is the only surviving member of the hit-machine disco band’s original lineup, which included co-founder and bass player, Bernard Edwards.

In a recent interview, Nile Rodgers detailed the song’s background stating that it was taken from an earlier Sister Sledge song session. The song title came from his discovering the body of Bernard Edwards, who passed away in 1996 following a CHIC concert in Japan.

“I said, ‘Now, I can be there for you in death, the way you were there for me in life,'” he writes. “Back in the day ‘Nard always looked out for me. I was the reckless one. We had lots of fun and good times. So on the song’s surface it’s really happy. It’s about the origin of CHIC, and how dance music changed our lives forever.”

Listen to the exclusive extended club edit below: