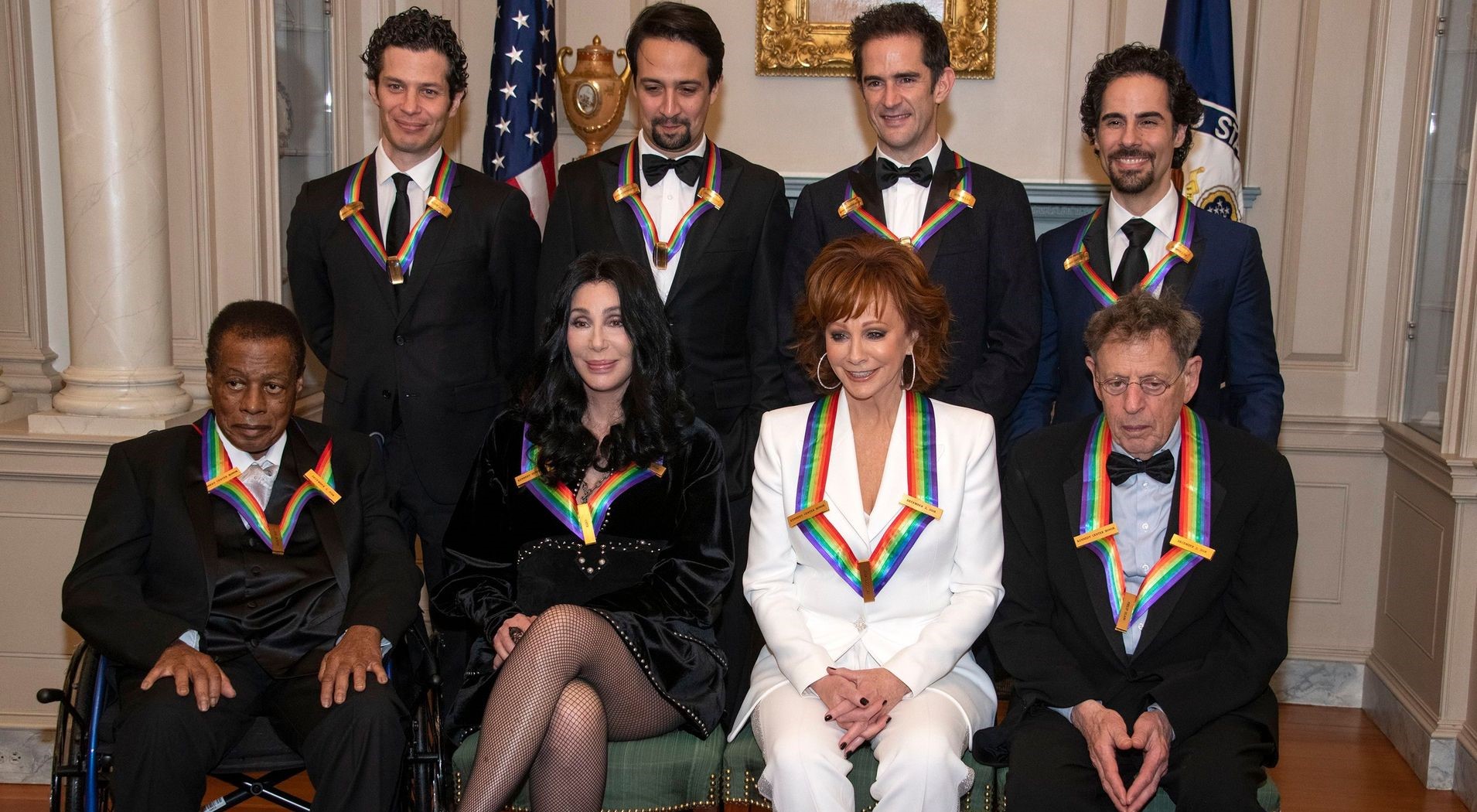 Household names Paul Simon, Whoopi Goldberg, Cyndi Lauper, Kelly Clarkson and more were on hand to deliver the awards – performing or speaking about the recipients. After being referred to as a “one-woman band” by Goldberg, Cher was serenaded by Lauper, singing the Grammy winner’s own memorable hit “If I Could Turn Back Time.”

Embed from Getty Images
Miranda, Lacamoire, director Thomas Kail and choreographer Andy Blankenbuehler were presented with special awards that recognized contemporary works of art, as opposed to career legacies, and honored them as “trailblazing creators of a transformative work that defies category.” Hamilton took the spotlight as Miranda and Lacamoire joined Broadway star Christopher Jackson to perform “One Last Time.”

Upon receiving commemoration for his work, Miranda stated, “I think what we’ve created is so much greater than the sum of our parts,” he continued, “and when I say that, I speak not just for the four of us, but our entire creative team, and our incredible companies all over the world.”