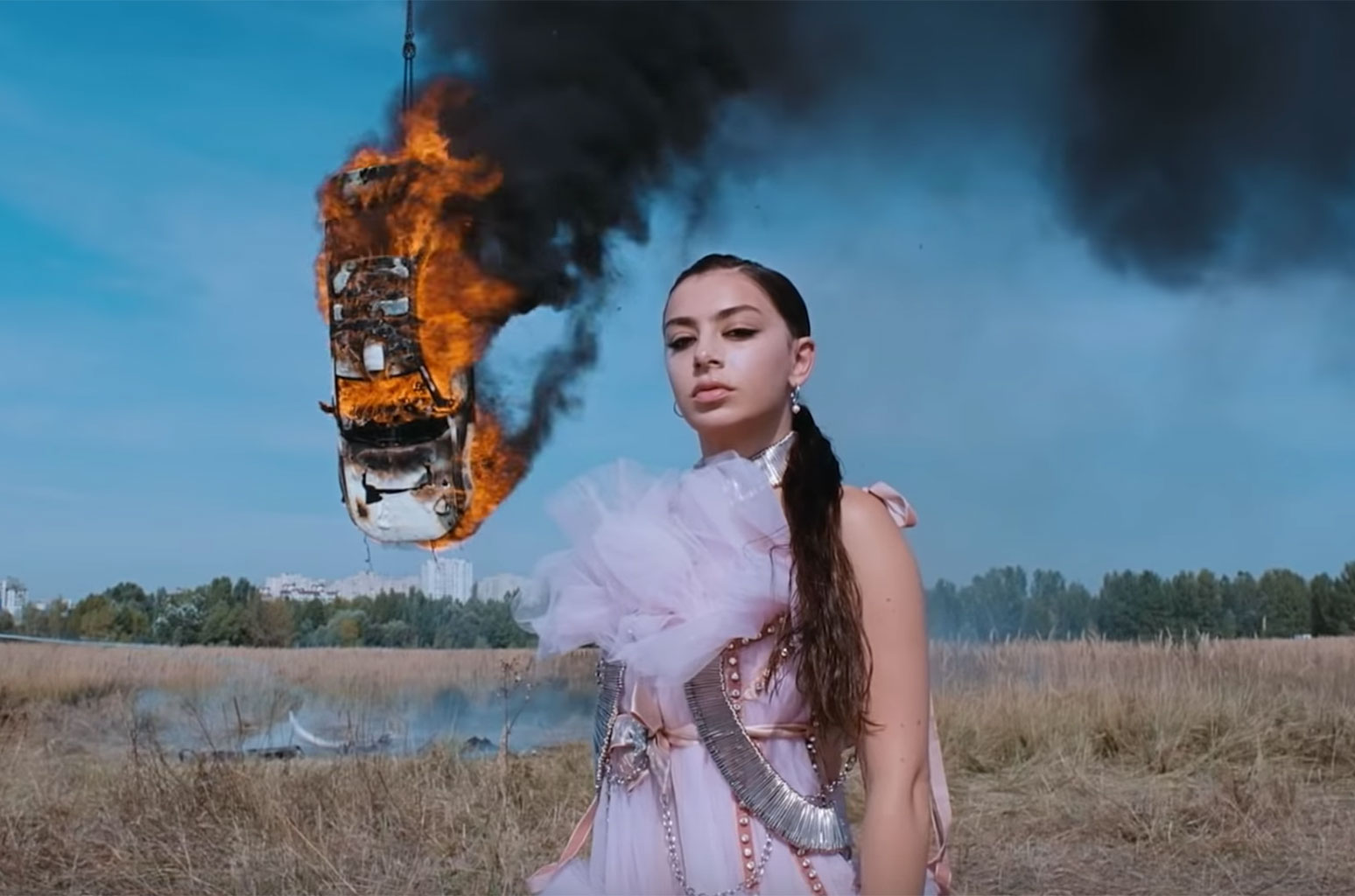 Directed by Colin Solal Cardo, the visual features the singer, clad in pink, sitting in the front seat of a dangling white car and riding in a monster truck while the plucky instrumental plays in the background. After the car goes up in flames, the 27-year-old poses, dramatically, with a horse, dances on the truck, as she passionately sings lyrics like “All I know is I don’t deserve you” as fireworks explode in the background. The clip feels like a modern take on a Lana Del Rey production and check out the video for “White Mercedes” below.

The Warner Music-released “White Mercedes” video is the fifth from Charli XCX’s latest album, following her previously released “2099” and “1999” with Troye Sivan, “Gone” with Christine and the Queens, and “Blame It On Your Love” with Lizzo.