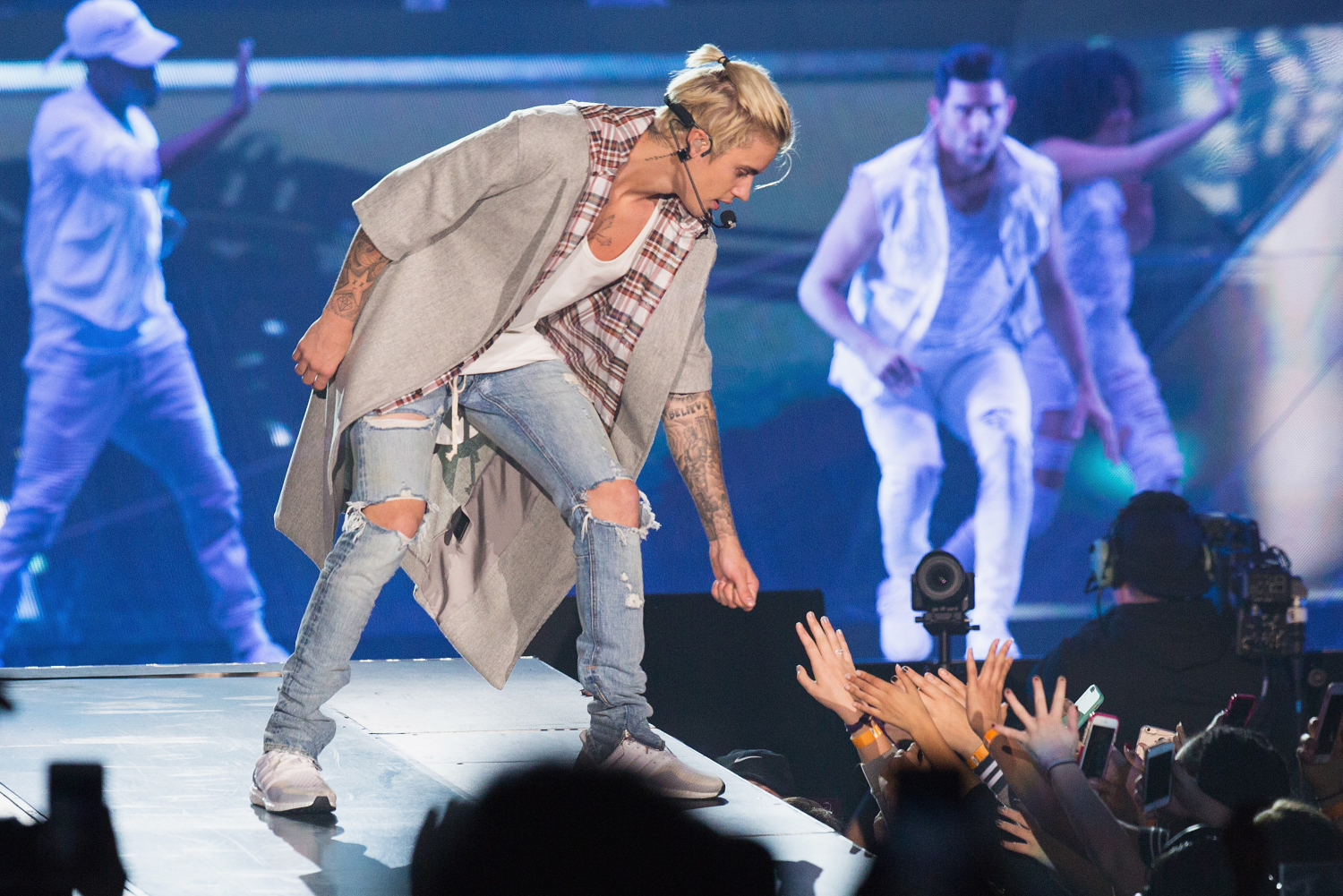 During the first night of a three-performance stint at L.A’s Staples Center last night (March 20th), rappers Big Sean and Chance the Rapper joined Justin Bieber onstage to perform their featured parts on the pop singer’s albums Purpose and Journals, respectively. While Big Sean took to the stage and belted out his parts on “No Pressure,” the Acid Rapper performed his own verses on thier 2014 collaboration, “Confident.”

Justin Bieber is currently in the middle of his “Purpose” World Tour,” which he announced on November 1st, 2015 as a guest on The Ellen Degeneres Show. The tour began March 9th of this year and will come to a close November 29th in London. Watch fan filmed videos of the performance below.