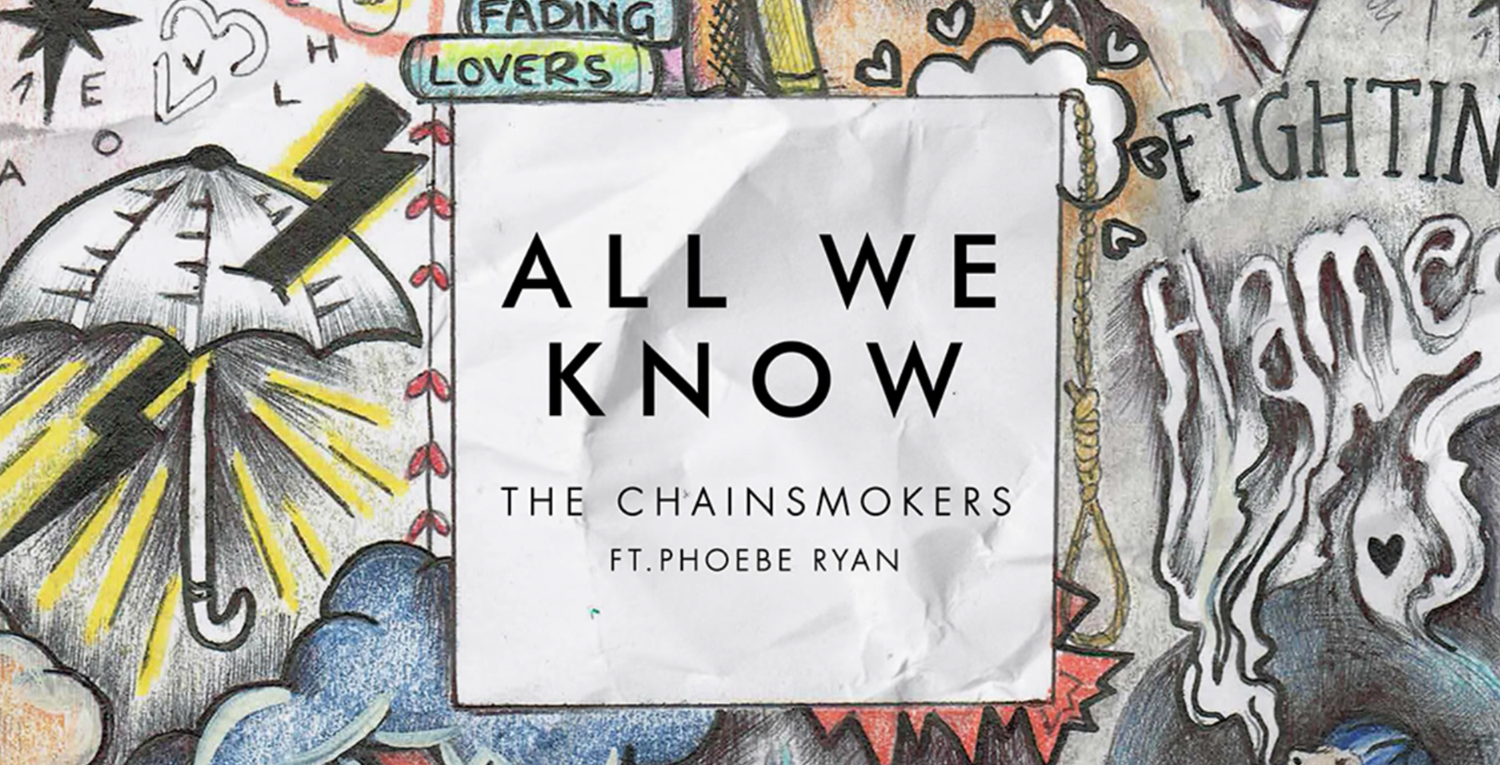 Phoebe Ryan & Chainsmokers Team Up On “All We Know”

Phoebe Ryan is the latest artist to collaborate with hit making duo The Chainsmokers.

Earlier this week, The Chainsmokers tweeted to expect new music to come out this Friday (September 30). The group’s been on a tear since they made their debut in the music industry. Their earlier singles “Roses” and “Don’t Let Me Down” featuring Daya gave them breakout success while their latest track “Closer” dominates Billboard for the sixth consecutive week. But things aren’t slowing down for the power duo just yet. Just yesterday they promised that new music was coming and now we get a preview of the featured vocalist.

“All We Know” features vocal performances from both Taggart and Phoebe Ryan. The song is filled with catchy hooks, along with a dance centric build and drop. Unlike “Closer,” the tempo is slightly slower and more mellowed out. Stream the track above.