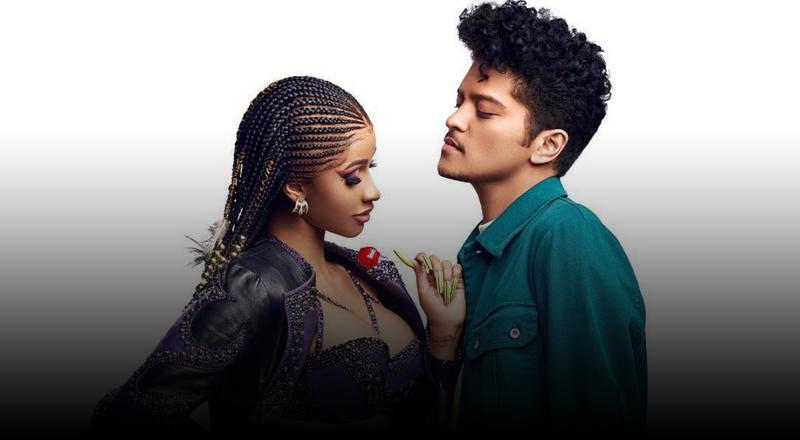 Just two weeks after dropping their second collaboration, Bruno Mars and Cardi B have released the video for “Please Me.”

Still hot from her historic Grammy win, with the 33-year-old Hawaii native ready as always, the hit making duo met up at an after-hours taco spot in Los Angeles to shoot their latest clip. In the dazzling display, Mars starts out by sitting down to enjoy some food when Cardi makes an entrance with her crew, taking no time to begin twerking on the store counter, grinding on her beau, and then sitting atop a slushy machine. This scene unfolds all while they sing and rap seductively to each other.

The mood heads outside, where the “That’s What I Like” artist’s squad follows Cardi’s friends in a convertible, as they shout back-and-forth to close out The Stereotypes-produced banger. So far, the Warner Music-released song’s visual has amassed about 8,000,000 streams since its drop on Friday. Check out the hottest track from Cardi B and Bruno Mars since 2016’s “Finesse” below.