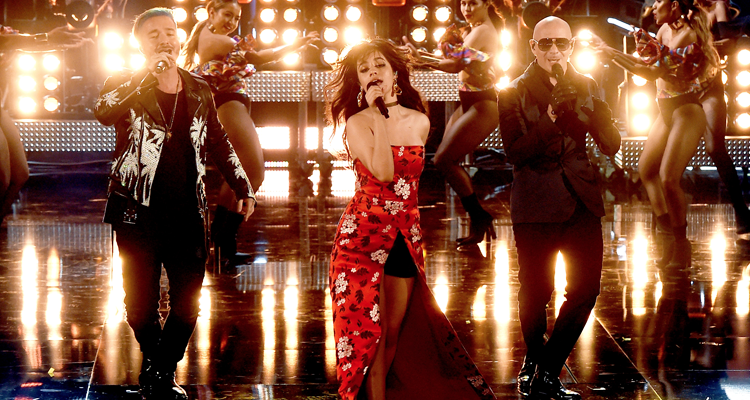 At last night’s (May 7) MTV Movie & TV Awards, Pitbull, J Balvin, and Camila Cabello made their first appearance together to perform their Fate of the Furious collaboration “Hey Ma.” The star trio delivered a fiery performance of the soothing trop-banger, with intense pyro effects lighting up the stage during Pitbull’s verse

The Fast and the Furious movie franchise also received a “MTV Generation” award–making it the first time the award has been given to a film series instead of an individual person–and series star Vin Diesel brought out Michelle Rodriguez, Tyrese, and Jordana Brewster to join him in accepting the honor on the franchise’s behalf.

The Fate of the Furious, was released last month and showed no signs of the franchise slowing down, having already crossed the $1 billion mark at the worldwide box office.

Watch the performance below.