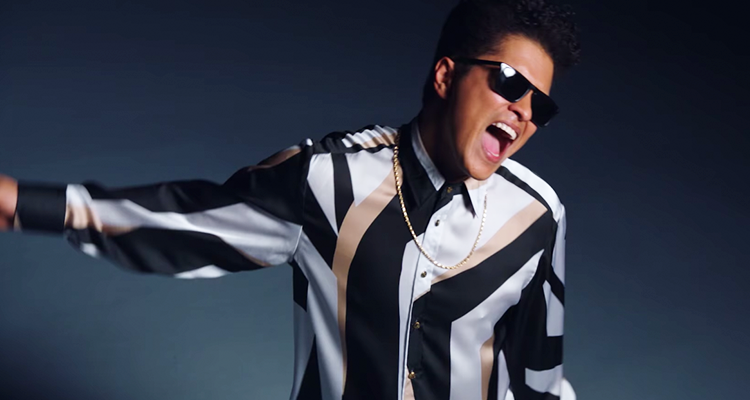 Watch Bruno Mars’ New Video For ‘That’s What I Like’

The “24K Magic” singer has released another hot single off his new album called “That’s What I like”.

The song brings us back to the days of 90’s and early 2000’s R&B except with some of Bruno Mars‘ own flavor. The video that was just released on Wednesday (March 1st), is simple, only featuring Mars dancing by himself in the same fashion as Drake did in his “Hotline Bling” video (except a lot less awkward). The illustrations that surround Mars that he sometimes interacts with are a nice touch as well.

“That’s What I Like” marks Mars’ 14th top 10 hit on the Billboard Hot 100 and he doesn’t show any signs of slowing down any time soon.

If you want to hear all the hits from the new album, hop on Bruno’s 24K Magic World Tour, which kicks off in Antwerp, Belgium on March 28 and then winds through Europe. The North American leg starts in mid-July and will stop in 45 cities including Las Vegas, Chicago, Portland, Brooklyn and Montreal. The Doo-Wops & Hooligans singer will wrap up the whole tour with a four-night run at The Forum in Los Angeles.

Check out the full list of tour stops below: