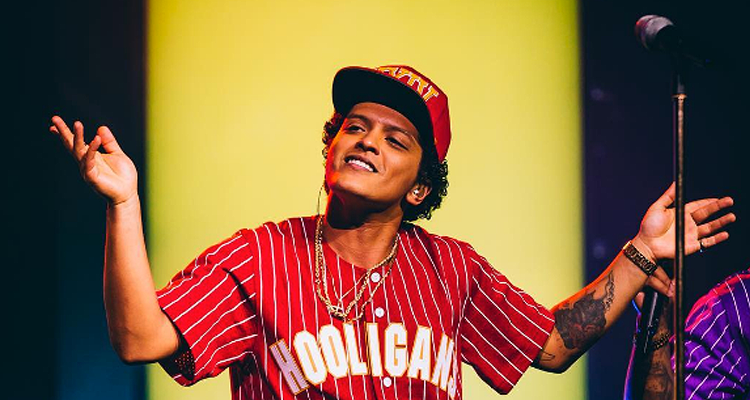 Bruno Mars may not be stopping in Atlanta for the final leg of his 24K Magic Tour with Cardi B, but he’s got big dreams for the ATL come next February when it hosts Super Bowl LIII.

The Grammy-embellished Mars (who performed at the Super Bowl in 2014 and 2016) tweeted at the NFL, proposing a hip-hop halftime show in 2019 and offering a dream roster of Atlanta rap icons: Outkast, T.I., Gucci Mane, Lil Jon, Jeezy, and Jermaine Dupry.

“@NFL you have the opportunity to celebrate incredible hip-hop artists from Atlanta next year,” Mars tweeted Monday. “@NFL Outkast. TI. Gucci. Lil Jon, Jeezy, Jermaine Dupri just to name a few. It would be the best party TV has ever seen.”

While Mars, 32, rattled off names, he offered up his services to assemble the show. “I’ll only charge like a billion,” he quipped. “@NFL all jokes aside please lets make that happen.”

On Sunday, Justin Timberlake performed at Super Bowl LII in Minnetonka, MN. Though opting out of a hologram, Timberlake projected footage of Prince during the performance in what he described as the “ultimate homage.”