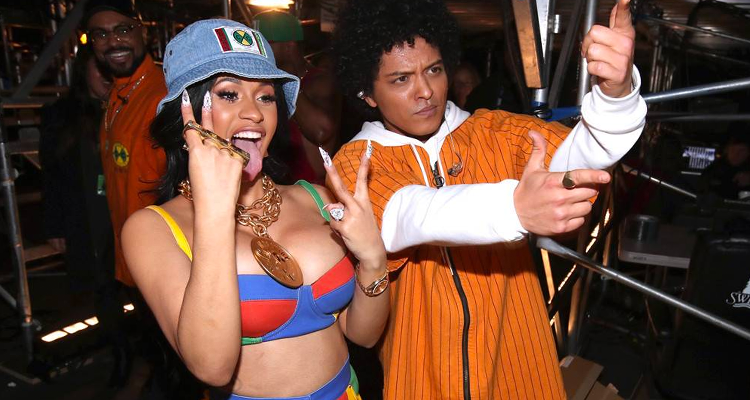 With the birth of her first child Cardi B recently dropped out of the 24 Karat Bruno Mars‘ tour and several top tier artists are stepping in and stepping to fill in!

Boyz II Men, Ciara, Charlie Wilson, Ella Mai, The Green and Common Kings are slated to support Mars for his North American dates that kick off on September 7th.

Embed from Getty Images
Specifically, Boyz II Men will open for Mars on his first two dates and make appearances in Philadelphia and at one of his four stops at the Staples Center in Los Angeles. Charlie Wilson will appear second on the tour, hopping on board for shows in Minnesota, Michigan, Texas and California. Ciara will join the 24K Magic show in Toronto, Ontario and will play six consecutive dates with Mars from September 22nd thru October 2nd at the Prudential Center in Newark, N.J. The other artists will fill in throughout the rest of the dates on the tour.

Produced by Live Nation, Bruno Mars’ 24K Magic World Tour has traveled the globe since 2017, and will have made over 135 stops across North America, Latin America, Europe, and the U.K at its conclusion this November.

Check out the remaining U.S. tour dates and the support acts here.