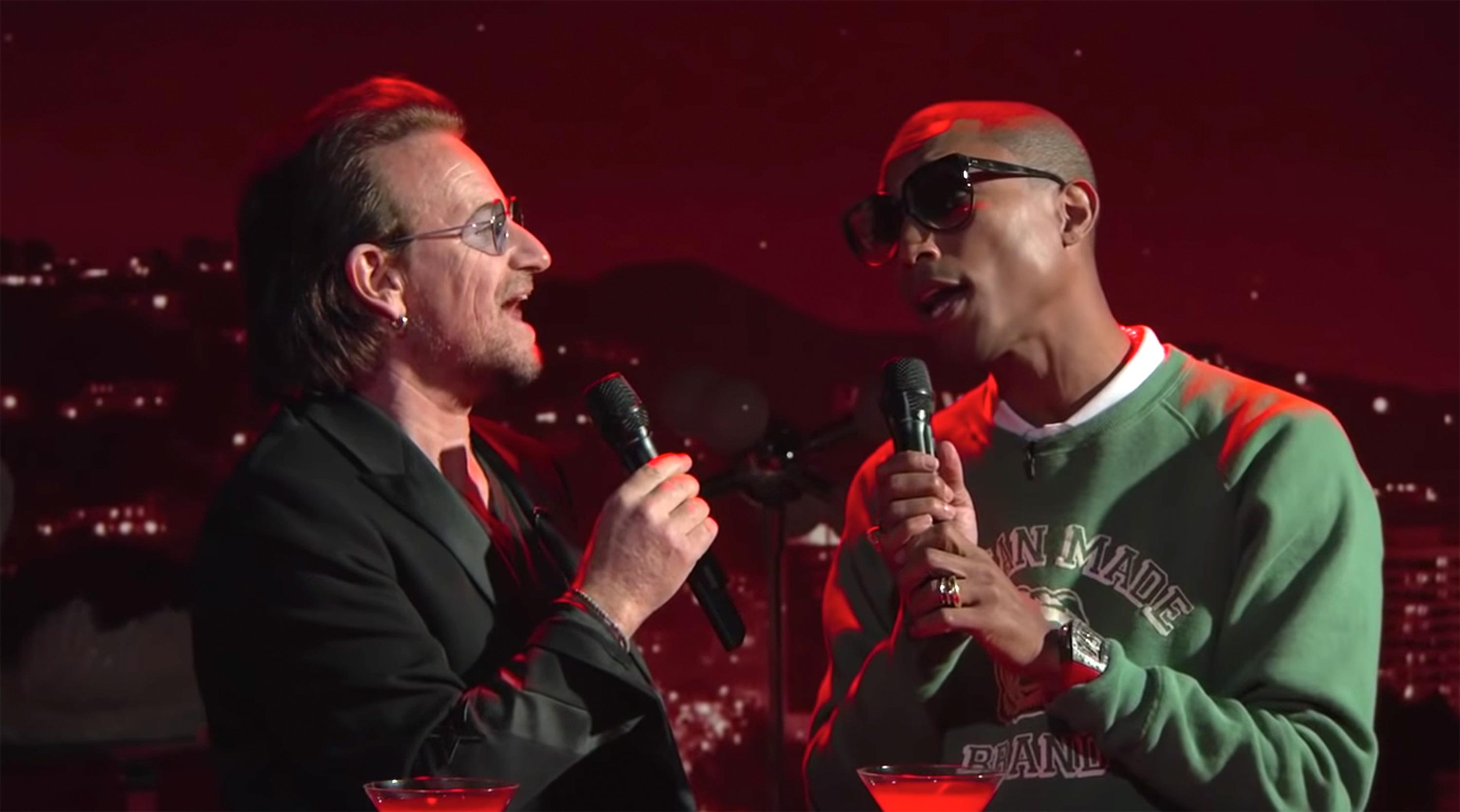 Bono and Pharrell performed a lounge-singer’s version of the Bee Gees‘ classic “Stayin’ Alive” last night on Jimmy Kimmel Live. The vocal exhibition was part of the late night TV shows annual (RED) episode, which promotes the U2 singer’s organization that raises money for HIV/AIDS programs in sub-Saharan Africa.

The two musical superstars were accompanied by a lone pianist who’s red piano was fittingly adorned with two martini glasses to further intensify the jazzy, cocktail bar environment. After a slow and smooth vocal intro, Bono picks up the tempo and involved the crowd in the special edition of the 1977 “Saturday Night Fever” movie soundtrack classic. Watch the song transform in the video below.