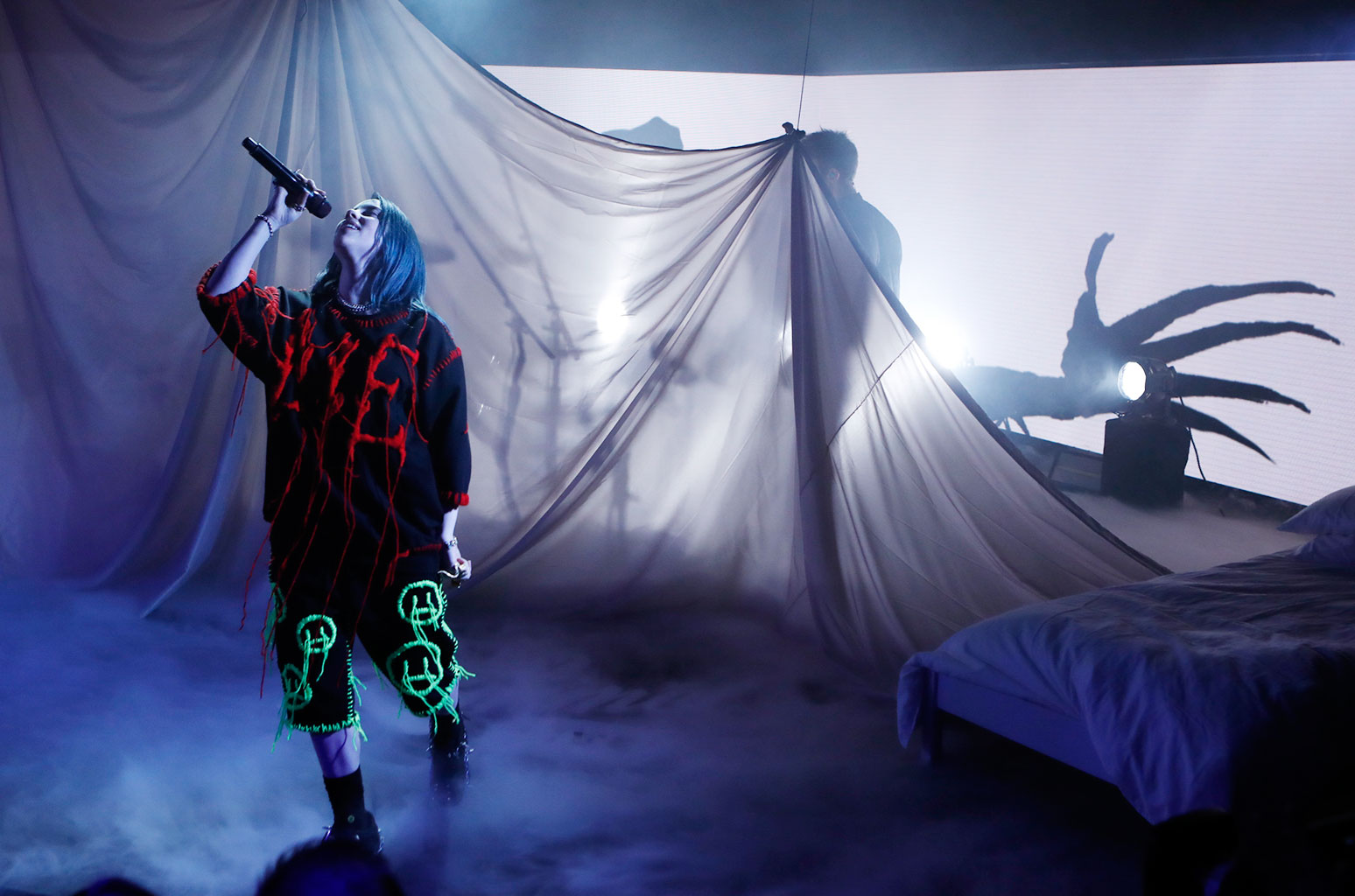 Billie Eilish was in her element as she performed her skin-crawling synth-pop single, “Bury a Friend,” on the most recent edition of Jimmy Kimmel Live!

The 17-year-old singer-songwriter appeared on a dark, smoke-filled stage embodying the spooky lyrics as she hid behind her blueish-gray hair before summoning a large cloth that swung behind her, casting a monster-like shadow while she bent over backwards. “Step on the glass, staple your tongue/ Bury a friend, try to wake up/ Cannibal class, killing the son/ Bury a friend, I wanna end me,” she rap/sang with her signature vocals, wearing a baggy black sweater and shorts with a neon green frowning face print.

Embed from Getty Images
The recording appears on her new and exciting When We All Fall Asleep, Where Do We Go? album, which made its way to streaming services this past Friday (March 29th) via Interscope Records. The collection also holds previously-released songs “Wish You Were Gay,” When The Party’s Over” and “You Should See Me in a Crown.” Check out the Los Angeles native performing “Bury a Friend” below. Keep up with the latest trending music news by following us on Facebook, Twitter, and Instagram.