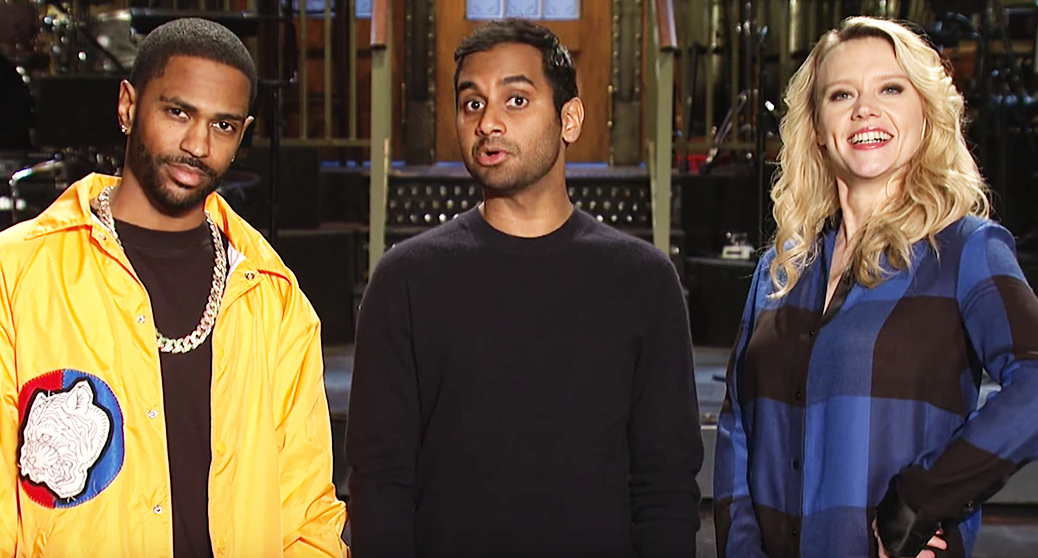 In a new promo with the pair, SNL star Kate McKinnon jokingly calls herself “Medium Kate.” The “IDFWU” rapper replies, “That’s not how it works” before Ansari (hilariously) gets loud.

The comedian also shot his own version of Big Sean’s “Moves” video in a separate promo clip as he slides through Studio 8H before picking up a call from his mother.

Watch the promo clips below.