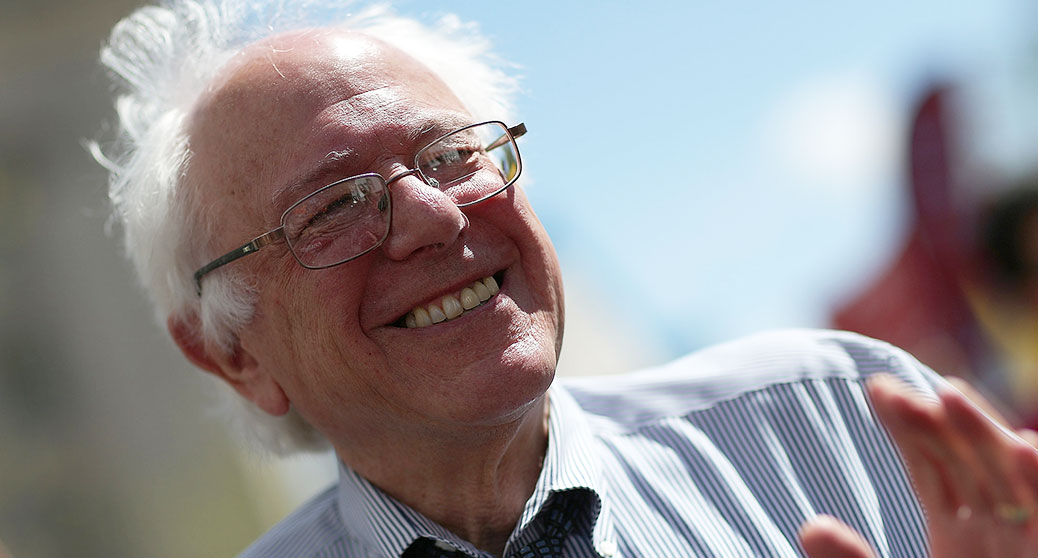 Gearing up for election season, famed YouTuber Baracksdubs is at it again, providing us with another hilarious political mashup. The internet personality is known for syncing Barack Obama to some of pop’s hottest singles such as Panda’s “Desiigner” and Rihanna’s “Work.” He strikes comedic gold yet again, delivering us a mashup of Bernie Sanders and Kanye West‘s aptly titled single “Power.” And while Hillary Clinton is reported to get the nod for Democratic nominee, there are plenty of people, including Baracksdubs, stilling Feeling the Burn.

In a recent statement on his official webpage, the Democratic hopeful assured everyone that Clinton supporters shouldn’t count their chickens before they hatch, claiming she hasn’t clinched the title of nominee just yet.

“Secretary Clinton does not have and will not have the requisite number of pledged delegates to secure the nomination. She will be dependent on superdelegates who do not vote until July 25 and who can change their minds between now and then. They include more than 400 superdelegates who endorsed Secretary Clinton 10 months before the first caucuses and primaries and long before any other candidate was in the race. Our job from now until the convention is to convince those superdelegates that Bernie is by far the strongest candidate against Donald Trump.”

Kanye West released “Power” in 2010, a track from his fifth studio album My Beautiful Dark Twisted Fantasy. While not backing Sanders directly, he is known to be an avid Democratic supporter, having donated $27,000 to the Hillary for America campaign last year along with $15,000 to the National Democratic Committee in 2014. He most recently made headlines over the weekend after the debacle involving his surprise show at Webster Hall resulted in the pop-up performance being cancelled.

Watch the mashup above and make sure to catch President Obama on guest vocals. Be sure let us know in the comment section below who you’re support this election season.