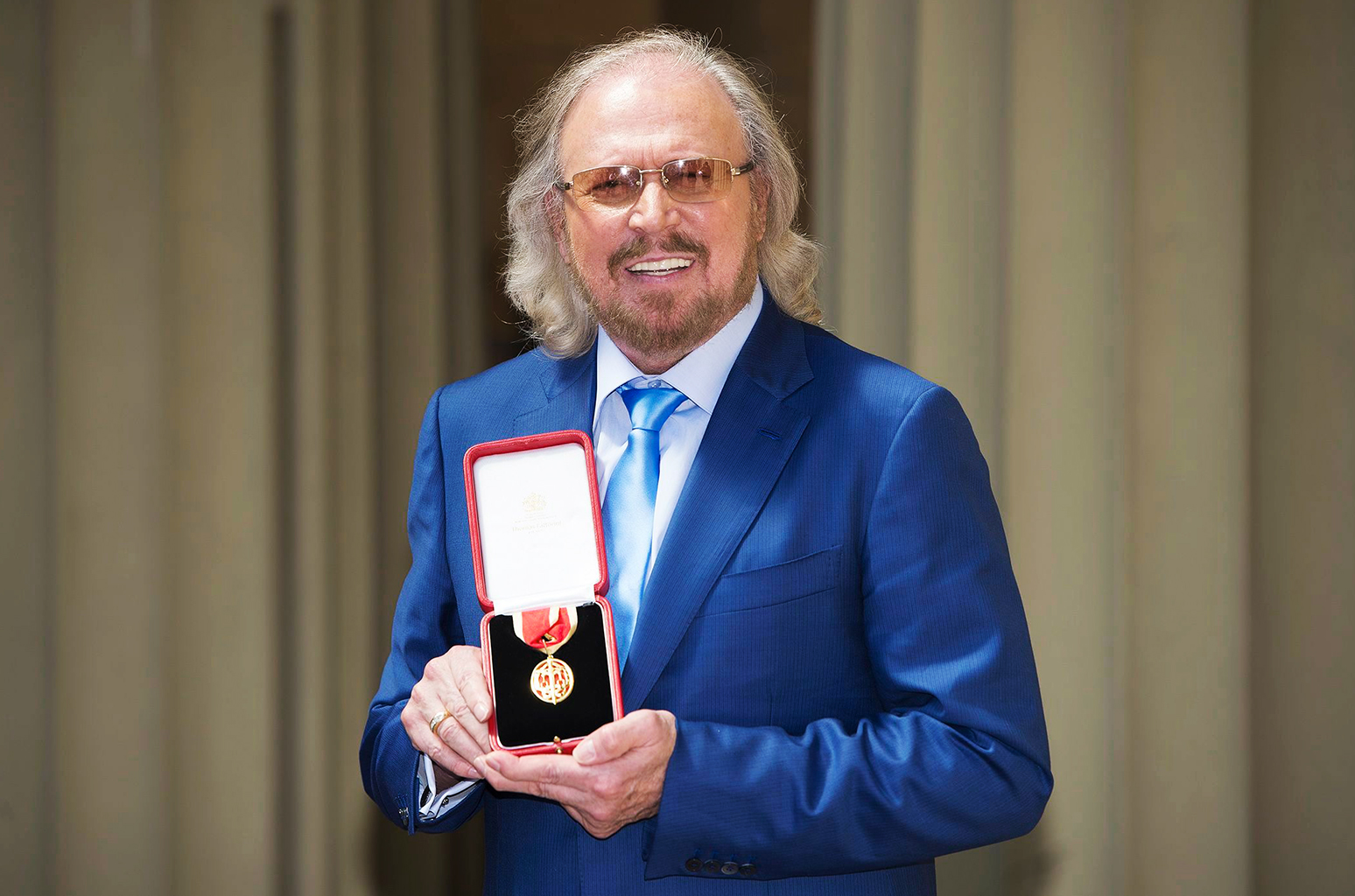 Barry Gibb Of The Bee Gees Is Knighted

Sir Barry Gibb, the last surviving member of the Bee Gees, was knighted yesterday at the Buckingham Palace in United Kingdom.

The Brothers Gibb first rose to prominence in the late 1960s / early 1970s, and enjoyed their biggest, worldwide success as the writers / performers during the Disco music era in 1977. Of the three brothers, Barry was the oldest and the man behind the band’s signature falsetto vocals heavily featured throughout the movie Saturday Night Fever in such classics as “Stayin’ Alive”, “You Should Be Dancing” and “Night Fever.”

Barry Gibb, who received the honor for his services to music and charity, said of the event, “If it was not for my brothers, I would not be here. If I had spent my whole life writing songs on my own, it would have meant something else altogether.”

In addition to their own singles, The Bee Gees also penned hits for such artists as Barbra Streisand (“Woman in Love” and “Guilty”), Dionne Warwick (“Heartbreaker” and “All the Love in the World”), Kenny Rogers and Dolly Parton (“Islands in the Stream”), Celine Dion (“Immortality”) and Diana Ross (“Chain Reaction”) as well as Frankie Valli’s Grease.