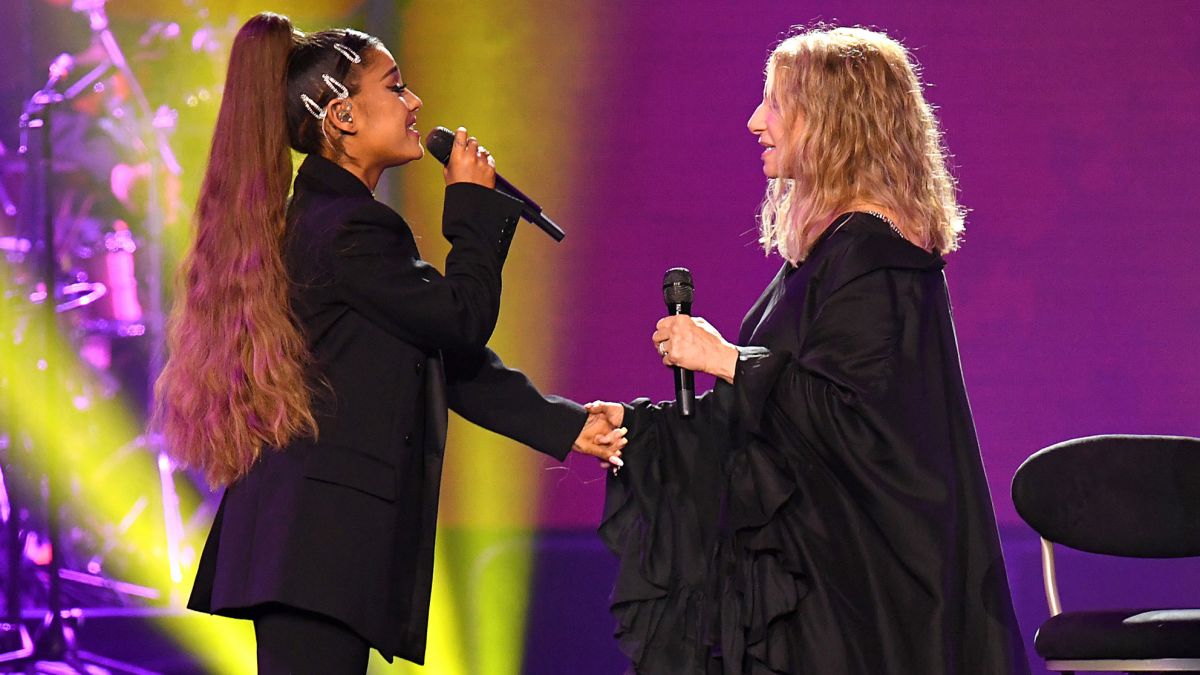 Ariana Grande surprised everyone last night when she joined Barbra Streisand on stage to create a beautiful duet at Chicago’s United Center.

The two sang Streisand’s hit “Enough Is Enough,” a song she originally did with the late Donna Summer in 1979, and the audience at her “The Music, the Memories, the Magic” tour collectively lost their minds. It wasn’t just the fans who went crazy, as the “No Tears Left To Cry” singer herself said she was left “shaking and crying” via a tweet made after the performance.

hello shaking and crying. thank u @BarbraStreisand. don’t have words yet goodbye.

Even Streisand was taken by Grande, posting many tweets and Instagram pictures of the two preparing for the performance. In one message, she wrote, “secrets out,” accompanied by a picture of the pair. She even shared a glimpse of the rehearsal process, with the heavy-hitting team sitting around a white piano and their entourage looking on in amazement as a testament to the star power that was held in the room.

A peek at our secret rehearsals. (cc: @ArianaGrande). pic.twitter.com/yZynmIMAPR

Streisand’s tour, to promote her ninth live album, has already garnered a ton of press. The New York City stop of the tour attracted all the stars, including Mariah Carey.