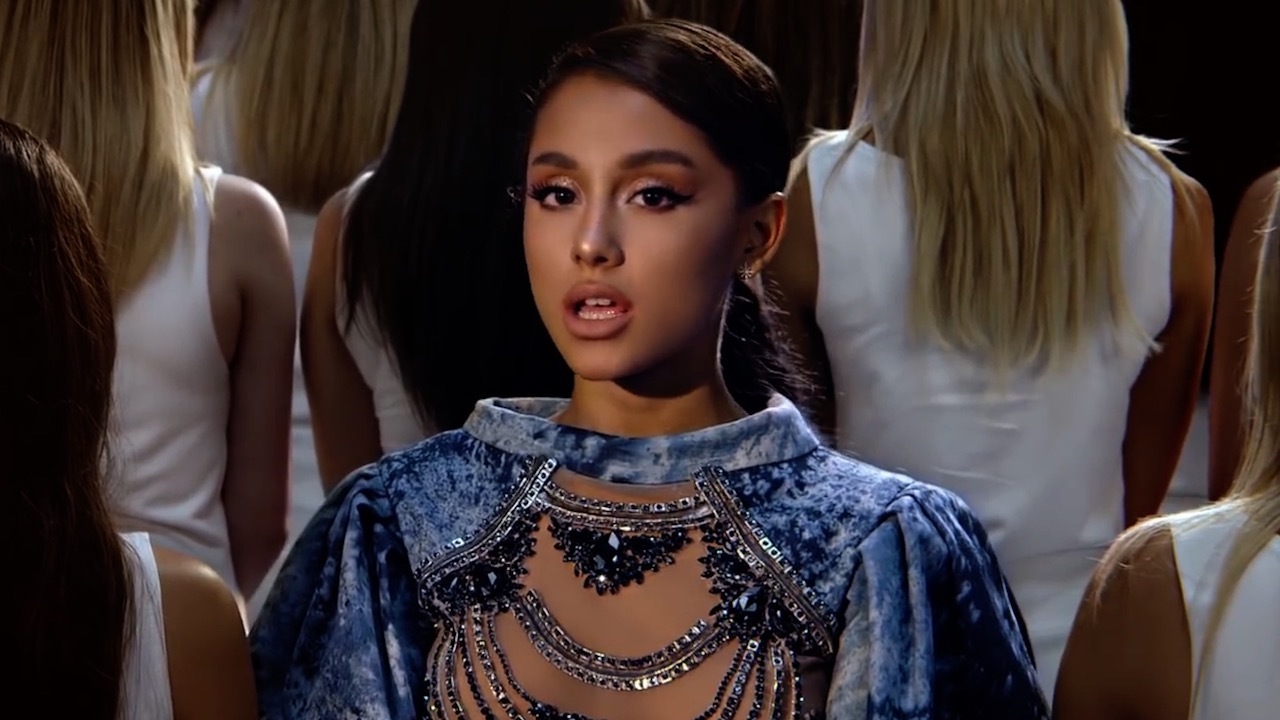 Ariana Grande Commands Stage At VMAs With 'God Is A Woman': Watch

Ariana Grande Commands Stage At VMAs With ‘God Is A Woman’: Watch

Ariana Grande took charge of the stage with her performance of “God Is a Woman” at last night’s VMAs.

The song, straight off of her new album, Sweetener, came near the end of the evening, and opened with a lavish, Leonardo Da-Vinci The Last Supper-inspired scene, with Grande sitting center stage at a long table filled with women dressed in brightly colored silk leotards. The artist seductively made her way across the bench at the front of the stage, swaying back in forth in unison with an array of over 50 female dancers.

The performance of the Republic Records-released track included a scene where Grande, 25, linked hands with her mother Joan, grandmother Marjorie and cousin Lani in a nod to the strong females in her family. The elaborate production marked the first televised performance of the track. Watch the video below.