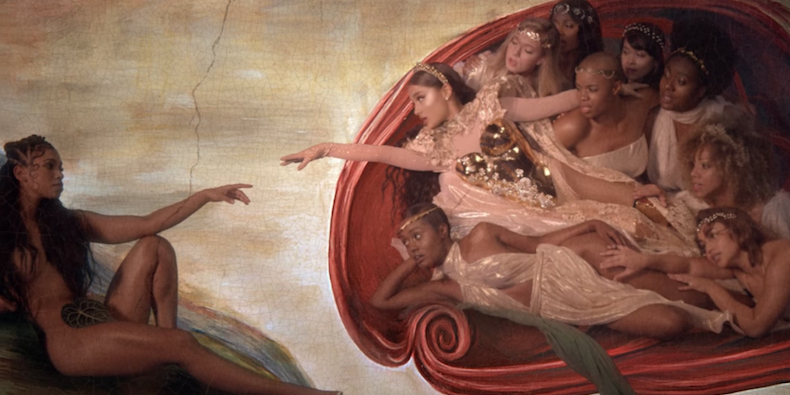 Straight off of her newest album Sweetener, Ariana Grande‘s “God is a woman” is this week’s #42* Hot Shot Debut on the Billboard Dance Club Singles chart.

Only released a few weeks ago via Republic Records, the song has reached almost 120,000,000 plays on Spotify alone and the official video has broken 88,000,000 views on YouTube to date.

Along with the original, comes a revamped version by Magixx which gives Ariana’s track a new twist by adding a house beat and tweaked vocals.

Perfectly complementing the song, the official video, directed by Dave Meyers, captures the intertwining of sexuality and spirituality starting with Ariana wading through a bath of paint with only the pigments to cover her and leads to a culmination of Grande wearing a crown posing in Michelangelo’s The Creation of Adam.