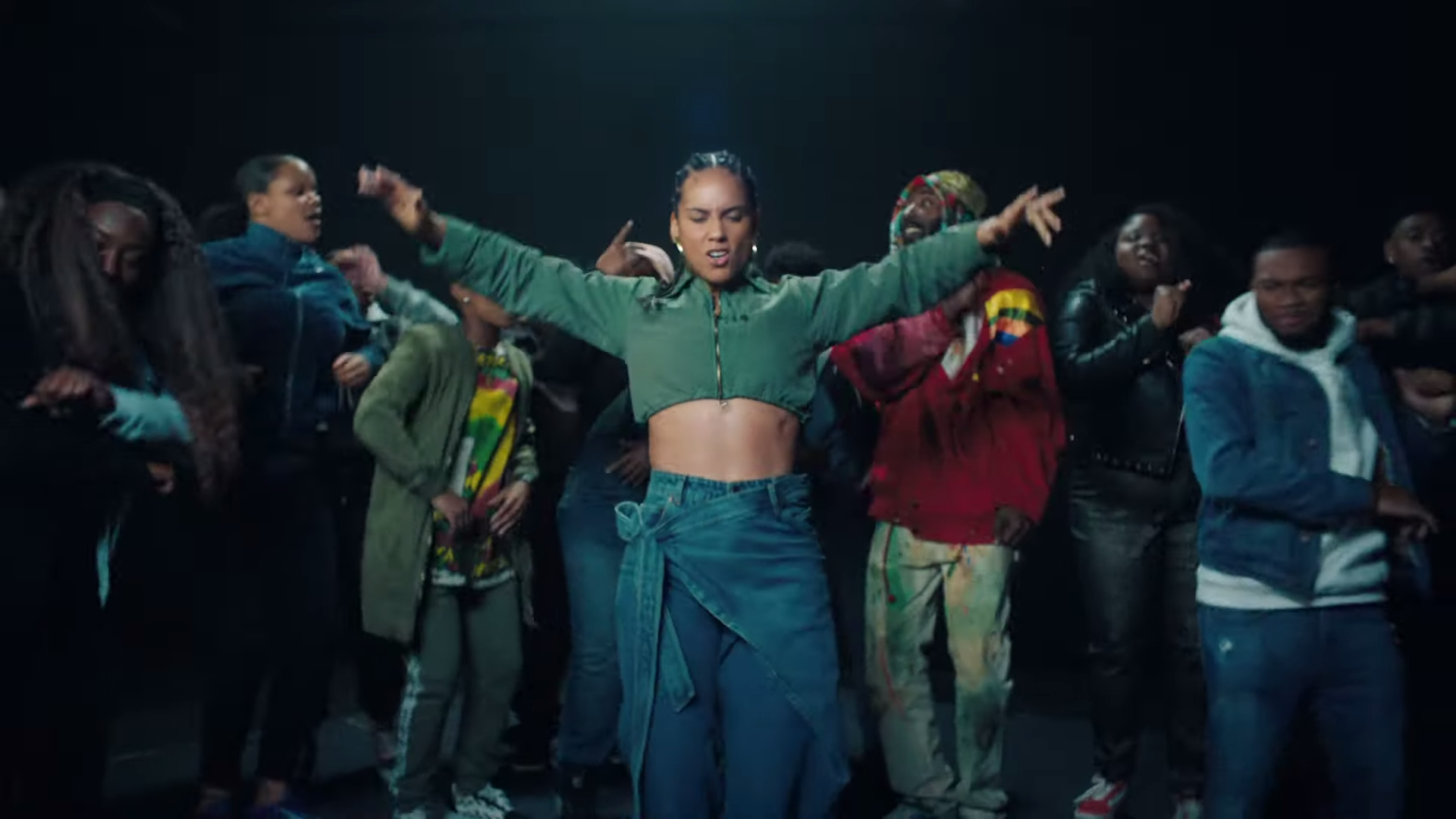 Alicia Keys Stands Up For The ‘Underdog’ In New Video: Watch

On Thursday Alicia Keys released her new single, “Underdog,” co-penned with Ed Sheeran and co-produced with Johnny McDaid and along with the recording came a compelling visual that goes hand-in-glove with the song.

In the clip, Keys and her posse are shown encouraging social underdogs to “rise up.” They focus on a man grinding to sell CDs on the side of the road and a girl in a hijab realizing her dreams of going to prom with her friends. Check out the uplifting and inspirational video here.

The RCA Records-released “Underdog” will be available on the New York native’s upcoming seventh studio album titled ALICIA, set for an early 2020 release. Keys previously shared the songs “Time Machine” and the Miguel duet “Show Me Love.” She’ll also be hosting this year’s Grammy Awards for the second time on January 26th. Her book, More Myself, will be released shortly after on March 31st.