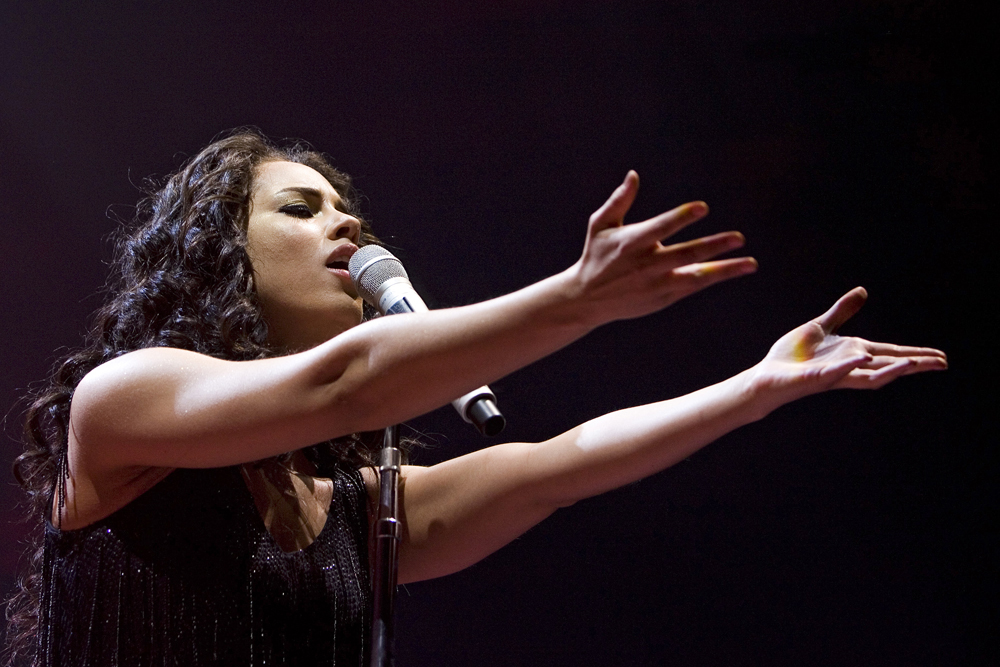 As the NFL launched its 2020 season with notable changes in fan attendance, initiatives for social justice and more, one of the biggest differences from seasons past is the addition of the the Black National Anthem, “Lift Every Voice and Sing.”

In a pre-game ceremony that included a show of unity between players who linked arms, Alicia Keys appeared in a video narrated by actor Anthony Mackie that included a moving rendition of the new anthem that the NFL will play at every game across the league during week one.

In addition to the clip, the multi-Grammy Award winner performed a moving rendition of her 2007 hit, “No One.” Giving a nod to her hometown New York culture and donned in high-heeled Timberland boots, the singer belted out the song supported by her backing band as rain poured down on the set. Fists were raised in solidarity with the Black Lives Matter movement as Alicia ended with her new song “Love Looks Better,” and graphics supporting the Black community as the screen flashed the word “Vote.”