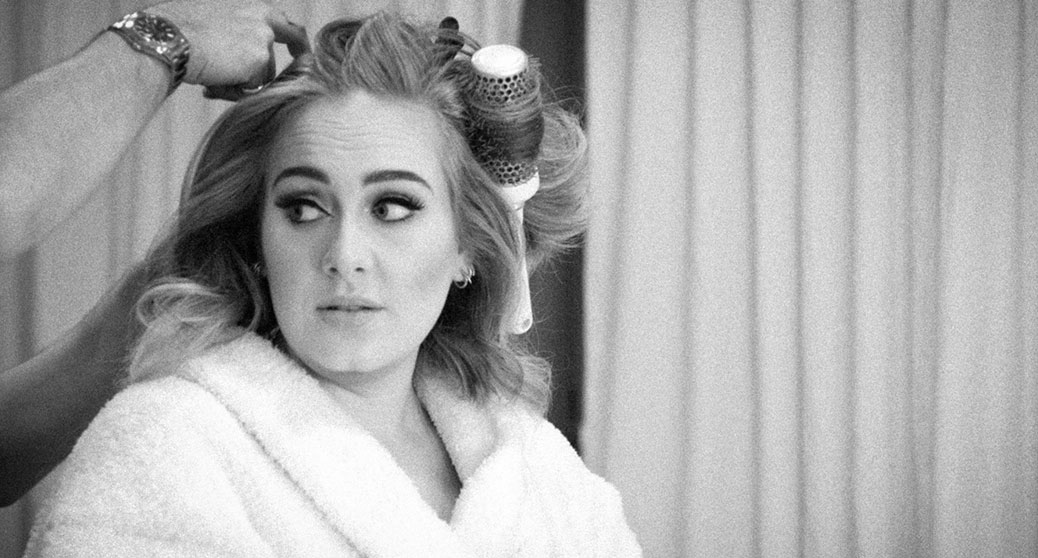 Adele has revealed she’ll be performing choreography in her latest music video for “Send My Love (To Your New Lover).”

Adele announced that she will be debuting the music video for her newest single “Send My Love (To Your New Lover),” live at the 2016 Billboard Music Awards this Sunday May 22 to a global audience. The song, co-written and produced by Max Martin and Shellback, is the third single off of her extremely successful album 25, and was made available for streaming across all digital platforms as of today.

“And you’ll not believe it, but I’m DANCING in it. Can you believe it? Lost all of my inhibitions.”

Shot in London, the video for “Send My Love (To Your New Lover)” was directed by Patrick Daughters, known for his work with such artists as Depeche Mode and Interpol, to name a few. In addition to debuting her latest video, Adele herself is nominated for eight awards at the ceremony

Adele announced plans for the track’s release in a concert in Stockholm last month: “And, um, this is actually my next single. “And I just did my video for it, I know, I did one single and I’m like ‘Thanks, bye. See you in ten years.’ I did want to do one for ‘When We Were Young’ — and we had an idea for it, but we couldn’t get it right and I was like ‘I can’t do any old video for ‘When We Were Young.’ Because that’s like my favorite song I’ve ever written. But for this one we’ve got a really cool video, we did it on Monday…And you’ll not believe it, but I’m DANCING in it. Can you believe it? Lost all of my inhibitions. It was actually really fun, I’ve this great — actually I’m not going to give it all away because someone is probably filming this.”

The Billboard Music Awards will be broadcast worldwide this Sunday, May 22 on ABC at 8PM ET from Last Vegas, Nevada. Be sure to tune in and let us know which artists you want to win. Check out the teaser below for “Send My Love (To Your New Lover)” and pick up your copy of 25 at the iTunes store now.