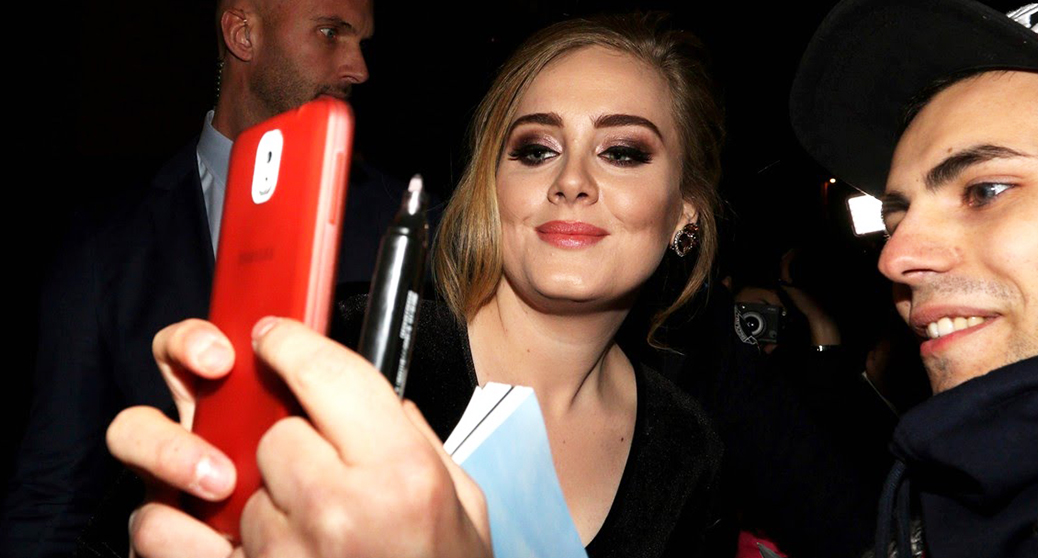 Adele Invites Her Doppelgänger Onstage For A Selfie

Emily Bamforth of Northampton bears a striking resemblance Adele, having even worked as a celebrity look-alike posing for photographers such as Alison Jackson and uploading makeup tutorials on how to look like the pop megastar on YouTube. In fact, her fiancé Tom Wrinkler claims Bamforth gets mistaken for her on a daily basis. But what the superfan didn’t expect was being pulled onstage by The Queen herself at the show in Birmingham this past Tuesday (March 29th).

Despite the fact that Adele was playing to a packed house at England’s Genting Arena, the moment was surprisingly casual as she invited as the singer took Bamforth’s phone and snapped a few selfies. The two even shared a conversation together before Adele posed for another photo with the doppelgänger’s fiancé.

@NTelegraph my misses and I got half decent selfie at the Adele concert last night! Well chuffed! pic.twitter.com/r9x783Bl18

Adele is set to headline Glastonbury Festival this summer as was recently announced, in addition to continuing her tour for her record-breaking album 25. She’ll be playing three more shows in Birmingham, including tonight (March 30th) along with two London shows in April. For a full list of her North American tour dates, check out her official website.