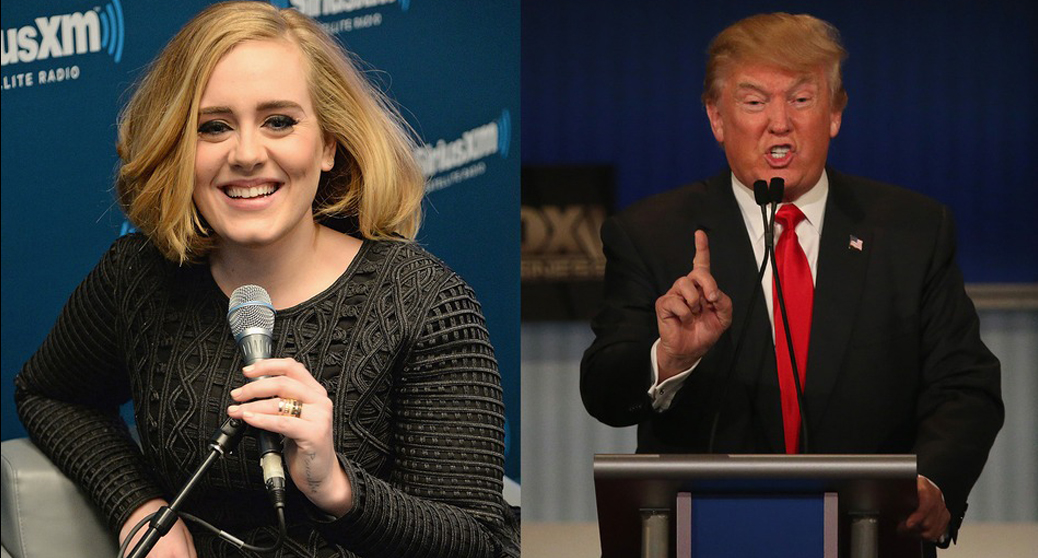 “Adele has not given permission for her music to be used for any political campaigning,” a spokesperson for the 25 singer told The Independent after fans complained that the Donald kept blaring “Rolling in the Deep” and “Skyfall” at his rallies.  Aerosmith, Def Leppard, Neil Young, and R.E.M. have also forbade Trump use of thier music.