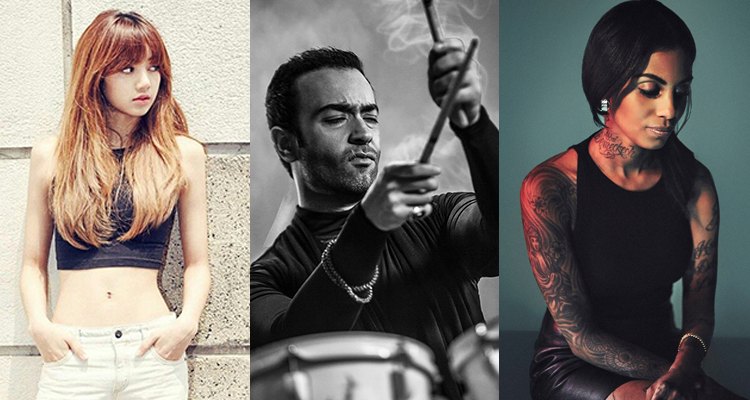 5 Artists Around The World You Need To Hear Now

With so many artists sitting on the charts, it’s hard to keep up with all the great tunes that are out there. Even more so, there’s plenty of amazing artists that are right under our noses but we just don’t know where to look. So if you feel like taking a break from the radio, we’ve got five artists from around the world you need to hear now.

While not nearly as big in the United States, Blackpink is one of the hottest acts in South Korea. Their incredibly catchy, hip-hop-infused single “Whistle” comes off their debut album Square One which was released on August 8. It debuted at No. 1 on the Billboard World Digital Sons chart was the fastest song to do so. Check it out now.

Tourist, whose real name is William Phillips, is a British songwriter and producer. He chooses to mainly stay behind the scenes but he’s definitely made his mark in music. Many may not know that along with his solo productions Phillips won a Grammy for Song of the Year last year, co-writing “Stay With Me” with James Napier and Sam Smith. His latest track “Run” blends atmospheric vocals, intricate synthesizers and bass-heavy beats and was featured in the video game FIFA ’17. Check it out (warning NSFW).

Coming from Lahore, Pakistan, Farhad Humayun is the founding member of the rock group Overload. He truly showcases his talents on his solo track “Give In” with his distinct, haunting vocals coupled by his impeccable drumming to take the track over the top. His music represents hope and the ability to transcend boundaries of race, religion, and class. Recently, his company Riot Studios partnered with Levi’s Live to raise awareness and bring live music back to his home country. Truly worth a listen.

This Eritrean-Swedish singer debuts this darkly delightful single off of her aptly-named sophomore album Black Wedding. Curently residing in Stockholm, Adiam is active in the local and global music scene, collaborating with notable artists such as members of Swedish band The Soundtrack of Our Lives. And now her music is making waves in the U.S. Great music always seems to be coming out of Sweden and Adiam is no exception. Definitely give her a listen.

This Irish alternative band got its start when former members of Adebesi Shank and The Cast of Cheers formed a new project that took their math-rock roots into a new, poppy direction. Their sound takes the traditional indie-rock style in a completely unique direction. At times, their songs can be ambient, upbeat, or even incorporate the aggression of pop punk, which is exactly what their latest track “Book” possesses. Give it a listen.