The 2008 Universal Studios fire that wiped out the Back to the Future courthouse square and a mechanical King Kong also destroyed thousands of original recording masters from some of the most influential artists of the 20th century.

According to legal and internal documents seen by The New York Times, UMG estimated the number of music tapes incinerated in the blaze at nearly 120,000. Randy Aronson, who was senior director of vault operations for the company, told the publication that the tally reached a number closer to 175,000. In all, UMG now believes that roughly 500,000 songs were lost. 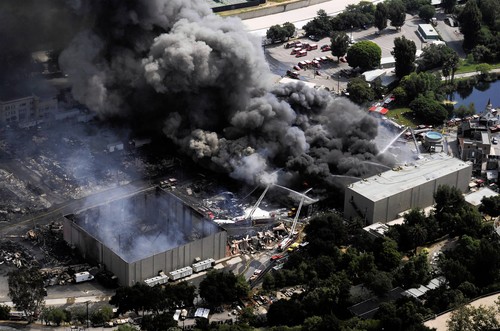 Of the half-million original records destroyed in the flames, irreplaceable master tapes came from several labels, including Decca, MCA, ABC and Chess, and featured songs from jazz greats Louis Armstrong, Billie Holiday and Ella Fitzgerald, as well as rock n’ roll architect Chuck Berry and the earliest material by the Queen of Soul Aretha Franklin. According to The Times, virtually all of Buddy Holly‘s masters were lost. Additional destroyed tracks include those from B.B. King, Joni Mitchell, Iggy Pop, Tom Petty, Sonic Youth, No Doubt, Snoop Dogg, Soundgarden and the Roots.