For those who’ve not yet checked out Steve Aoki‘s recently-released memoir, he’s been a big believer in brain research, particularly how people can save memories and reverse the ails of aging.

In order to fund that study, the DJ and producer founded the Aoki Foundation in 2012 to support multiple organizations, including Cure Alzheimer’s, the BrightFocus Foundation, Best Buddies and the Lou Ruvo Center. This past weekend, he raised $250,000 towards the cause with his fun-filled event – The Aoki Games – in his adopted home of Las Vegas, Nevada.

The first-annual event hit Prosperity Palace with games of competitive Twister, corn hole, speed chess, ping pong on Killerspin tables, something called A-O-K-I basketball, Street Fighter against professionals from Team Rogue, a three-part race and more. Winners received prize packages, ranging from skydiving with Navy Seals to private jet rides with Aoki himself. Players who lost were dunked, bathed in ice and caked in the famous Aoki style. Even for the “losers,” it was all great fun for a good cause. Check out some of the photos from the inaugural event below. 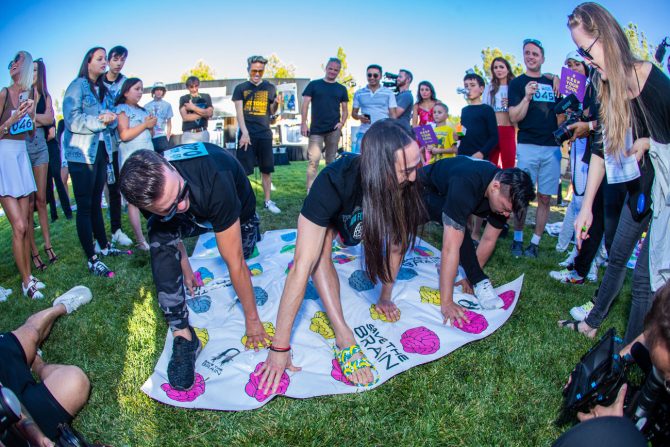 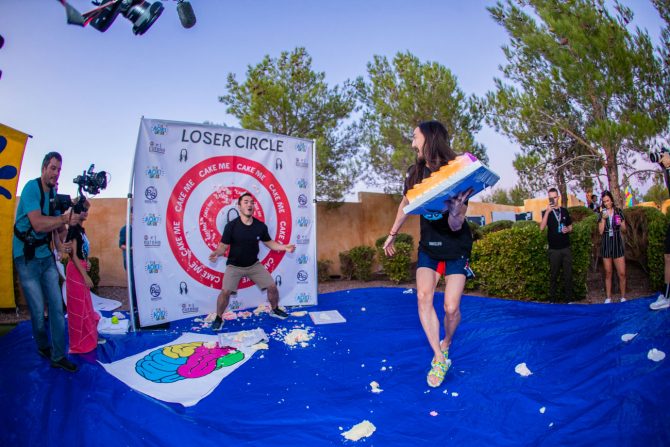