It’s not every day we see Sia without her signature look. The singer is known for wearing a blonde bob wig during her performances — and we’re so used to that side of her, we never would have recognized her at LAX yesterday without it.

This time around Sia opted for a fresh-faced look sans her enigmatic wig and bow set, instead donning a beige sweatsuit and Nikes. According to People, “The Greatest” singer and songwriter was on her way to perform the Dubai World Cup horse race on March 25th. 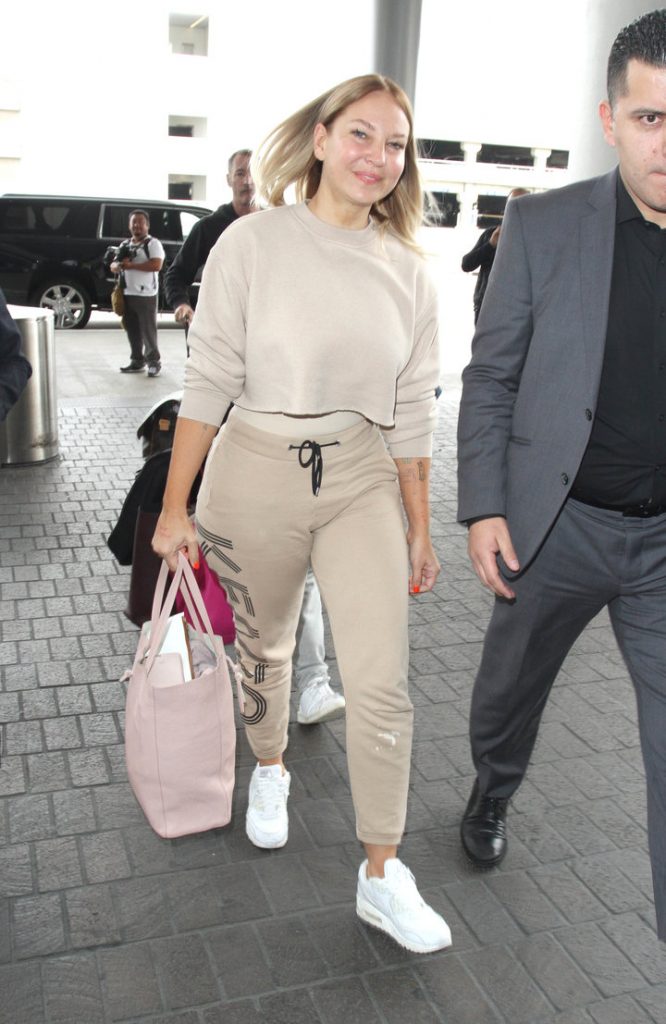 She also teased her appearance on Sesame Street on Instagram, which also revealed more of her face than her wigs allow. In lieu of the hair, she used a red clown nose that still left a little mystery. The episode will air on the same day as her Dubai performance on HBO.