It’s been more than 3 decades since music icons Paul McCartney and Michael Jackson teamed up to create the certified Platinum hit  “Say, Say, Say”.  However, McCartney revived the song for a new generation with an uptempo dance remix and accompanying music visuals (directed by Ryan Heffington), both posted on his Facebook page.

This cut features previously unused Jackson vocals and swapped verses, as well as a dance driven focus (both visually and aurally).  The full six-minute version of the “Say, Say, Say” remix was included on McCartney’s Pipes of Peace (2015 Remaster), out now, and you can read more about the collaboration and new album here. 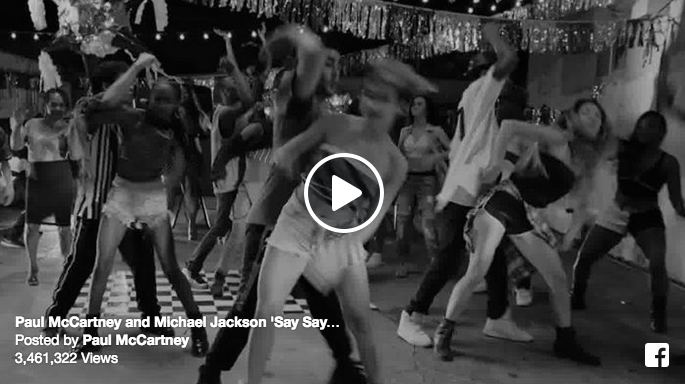