43-year-old Carl McCoid’s love for Miley Cyrus runs skin deep, and enough to prompt him to get 29 tattoos totaling almost $4,000 inspired by the ‘Wrecking Ball’ singer. Now McCoid is saying the Miley Cyrus tattoos are wrecking his chances for love.

“People can’t seem to see past the tattoos and it was having a very negative effect on my life where I felt trapped by them. I’ve just gone off her,” Carl McCoid told the Hull Daily Mail.

McCoid has “Miley Cyrus” inked across his collarbone, portraits of the singer, assorted Cyrus-related lyrics, initials and script tatted over the rest of his body.

The British superfan calls his Miley love “an obsession that got out of control” and has begun the long process of laser treatment to remove the tattoos, which he says cost him $3,893.

What does Miley think? The singer said in an interview last year that his tattoos were “creepy” and “ugly,” but McCoid said this is not the reason he is going getting them removed, according to The Mail. 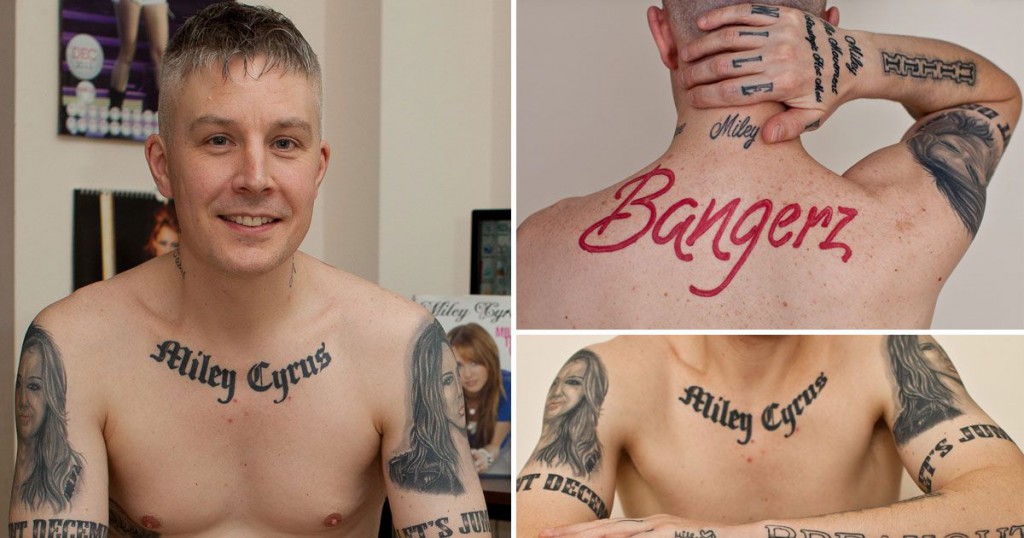