Singer Michael Constantino has taken the viral world by storm with the release of his hit single “2000-2016 Mashup.” In it, he sings 16 hooks of some of pop’s most iconic songs in under 3 minutes, from Adele’s “Hello” to Destiny’s Child’s “Say My Name,” all to the beat of Seeb’s remix of “I Took A Pill In Ibiza.” The song’s nostalgic nature, along with Constantino’s infectious vocals, has compelled many a 90’s kid to take a trip down memory lane. 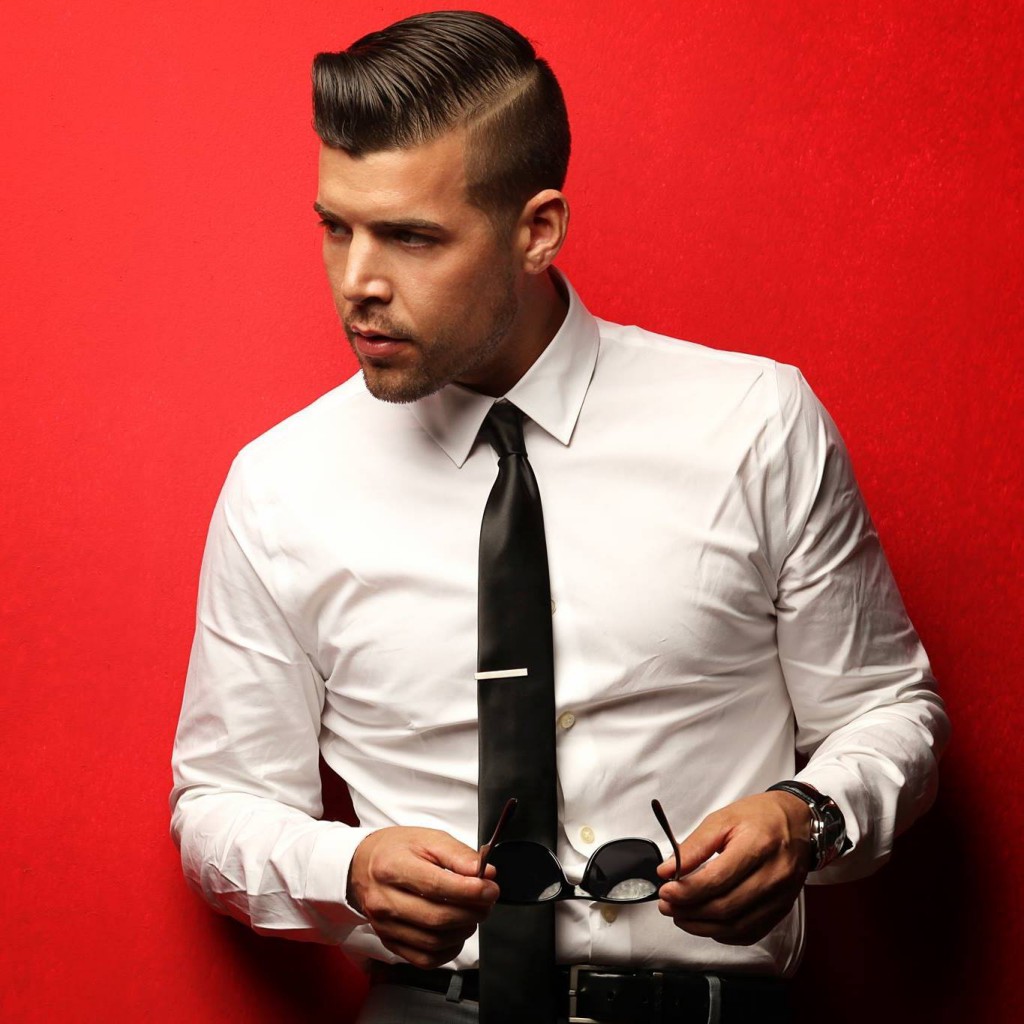 “Music does something to people. It makes us feel alive. It connects us.”

With the help of PRO MOTION and other media news outlets, his video gained instant overnight success, reaching over one million views in less than 24 hours. He’s also climbed Spotify’s Top 50 Viral on both the global charts and in the US, UK, Spain, and Finland. On June 18th the song peaked at number 8 on the US charts.

The Boston native has released a string of original music on his YouTube channel along with music videos for each. He’s won the hearts of the judge’s on the hit television show The Voice and today he’s here to talk to us.

PRO MOTION Music News had the opportunity to sit down with Michael Constantino to talk about the success of his music, his experience in auditioning for The Voice, and how he started his career as a singer. 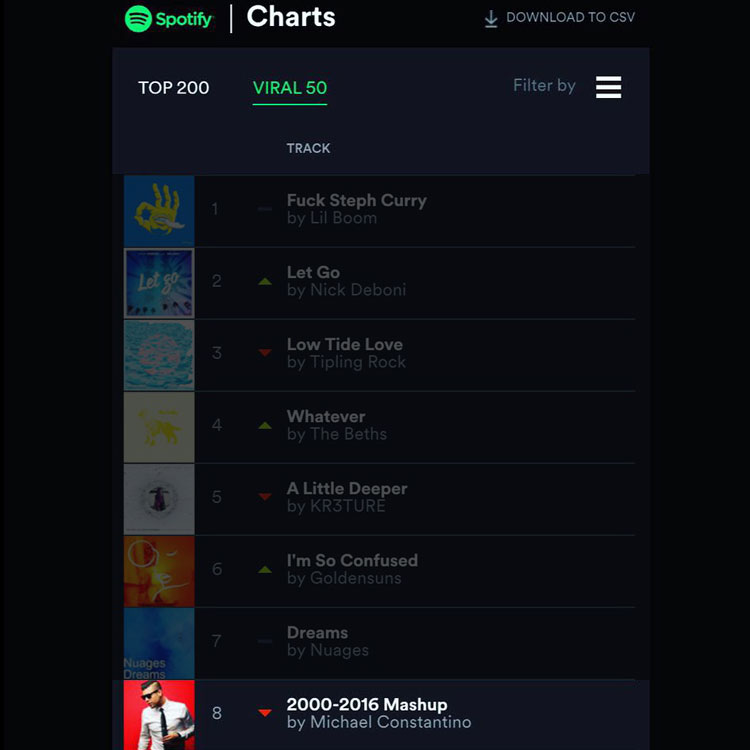 So what got you into writing and performing music?

“In high school I became obsessed with music. Not writing, but just listening. That love then quickly turned into wanting to write and create my own. In high school I was very pop/hip hop influenced.”

And is that what made you decide to pursue singing?

“As far as why I pursue it, music does something to people. It makes us feel alive. It connects us. When I get on a stage to perform, I feel like I’m doing exactly what I should be.”

And can you name us some of the artists that influenced?

Haha! I had a CD book too, and coincidentally it was also filled with Blink 182 albums. Going from early influences to more recently, if you could collaborate with anyone today, who would it be?

“There’s so many. But I would love to cut a record with the Chainsmokers. And maybe collaborate with Camila Cabello of Fifth Harmony.”

It’s unreal how much attention “2000-2016 Mashup” has received! It’s gotten nearly 40 million views since PRO MOTION shared it on, and that’s just on our Facebook page alone. Has that success sunken in yet and what kind of reactions have you received since you posted the video? More importantly, has Ellen called yet?

“Unfortunately Ellen has not called yet. I hope she does. But honestly it’s been great. I’ve been making music for a long time and I’m just grateful that the world responded the way that they did. I thank all of the large social media pages like PRO MOTION that shared the video and I also thank each and every one of the fans who watched and shared it as well.”

Thanks! We love it! What inspired you to put the medley together and come up with the idea of it being a index card challenge on a radio show?

“I thought it would be fun. Singing covers is great but I like to switch things up a bit. I ran the idea by my friend Mikey V @ Kiss 108 and we decided to do it.”

“You also auditioned for The Voice. Can you tell us about what that experience like?

“Yeah the experience was interesting. However I did not make it to the live television rounds. I was “cut” before the season aired…I sang “Hello” by Adele. The judges really liked it. Unfortunately I didn’t make it onto the aired season. It was frustrating to make it through multiple rounds of auditions just to be left out from the show. But I believe everything happens for a reason and I’m just going to keep on working. We have a lot to look forward to now.”

Good things are definitely coming your way. So can we hope to hear more catchy tunes or mashups from you in the future?

“Absolutely. We are working on the next idea right now. I’ll be releasing a new mashup Monday, July 11th and everyone should check it out!” 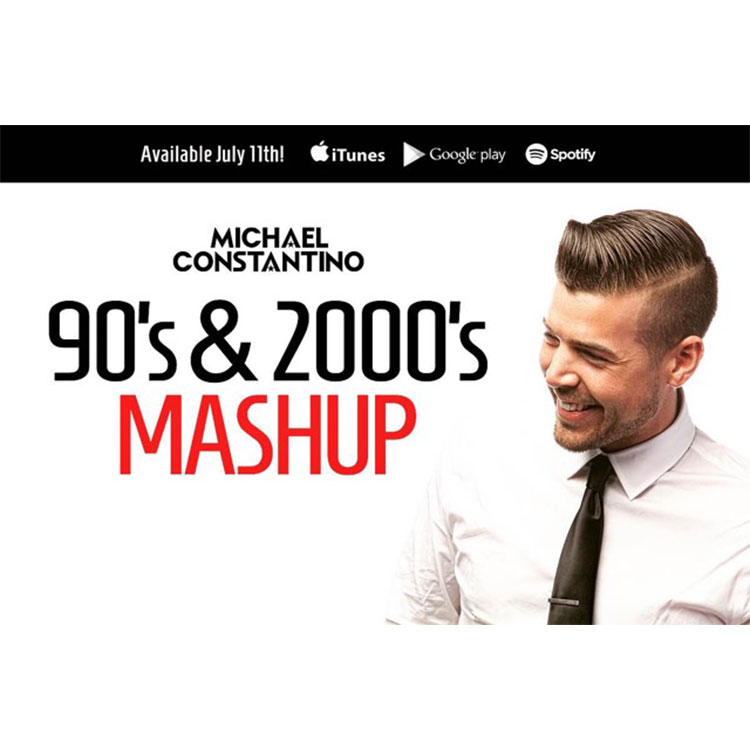 Awesome! We’re very much looking forward to premiering that! Anything else you’d like to add before signing off?

“I love my fans. I can’t wait to come to each and every one of your cities! See you soon!”