Justin Bieber is back in the swing of music. Despite announcing an indefinite hiatus in March to maintain his mental health, the pop star joined Ariana Grande onstage at Coachella and revealed that his fourth album is coming soon.

Part of the project will supposedly include Ed Sheeran, as the “Love Yourself” singer took to social media on Tuesday (April 30) to hint at what’s to come. Bieber posted two side-by-side photos showing the musicians facing to the left and smiling at the camera against a green screen. The caption is an incredibly vague “10,” which could mean anything from 10 days, 10 weeks, May 10, or even the name of the song. Until more is revealed, check out the transmission below. 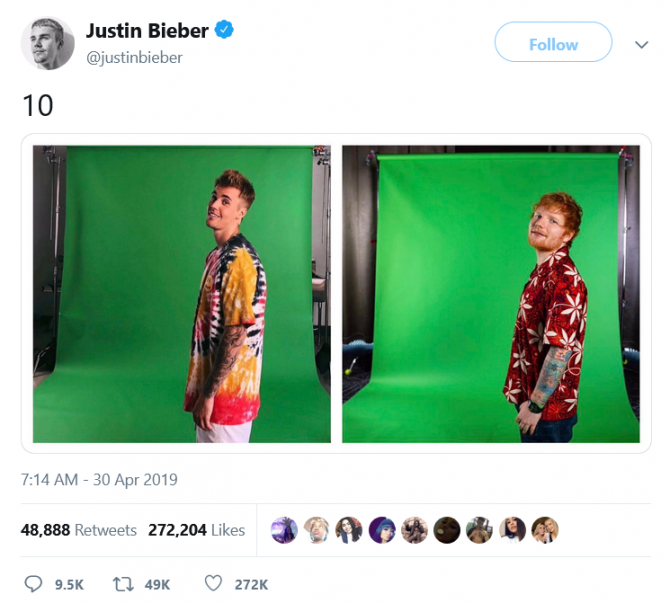 Wife Hailey Bieber posted the same photo of the Grammy-winning singer two weeks ago, saying, “You are an incredible man, you make me a better human being, you make me happier than I’ve ever been. Insanely proud of who you are and who you’re becoming.. I love you more every single day.” The new music will be JB’s first solo release since 2015’s Universal Music-released Purpose.