Kicking off her It’s My Party Tour this past weekend, Jennifer Lopez did not disappoint as she displayed multiple designer outfits from star-favorite, Rob Zangardi.

The designer pieced together 195 costumes in total, including 19 for the singer/actor/dancer herself and 176 more for support acts and the band that are also drenched in hundreds of thousands of Swarovski crystals. (The jewel count tops one million, as the tour’s set – including a dazzling piano and giant chandelier – is also blanketed in bling.) 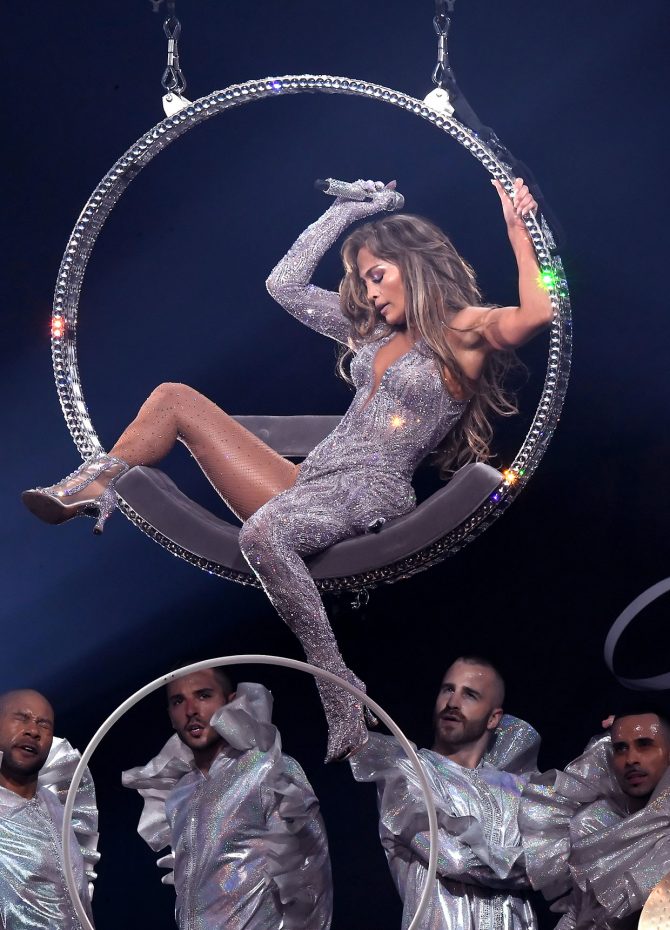 “Sparkle is incredibly effective for a big show like Jennifer’s. On stage, things translate so differently. When you have an intimate setting or a smaller venue, it’s important to see the artist’s face…” Zangardi said. “But when you’re performing for 20,000 people in an arena, the people way in the back need to see you and nothing’s more exciting than seeing J.Lo shining like a diamond onstage.”

Enjoying this week’s #21* Billboard dance chart single, the “Medicine” creator’s anticipated set of concerts – that kicked off at The Forum in Los Angeles – will span more than 30 dates across multiple continents, marking her first world tour in seven years. The trek also serves as an extended celebration of the icon’s upcoming 50th birthday on July 24th. With the help of Zangardi, Lopez is ringing in another year in style and with major sparkle.