Since 2010, the original Beyond Wonderland has been a staple for ravers and electronic music enthusiasts in Southern California. The psychedelic, immersive experience puts dance fans in the middle of Lewis Carroll’s popular alternate reality – better known as Alice in Wonderland. This year’s March lineup featured sets from high-level talent such as Rezz, Carnage, Rusko, Don Diablo and more.

Beyond Wonderland’s second international expansion, following an event in Monterrey, Mexico, will comes to Bogotá on Saturday, Nov. 9th, with lineup information still to be announced. Tickets for this inaugural show went on sale Today at 7 a.m. PT. Some say to follow the white rabbit to learn more. For a taste of what’s to come, check out the festival’s official poster below. 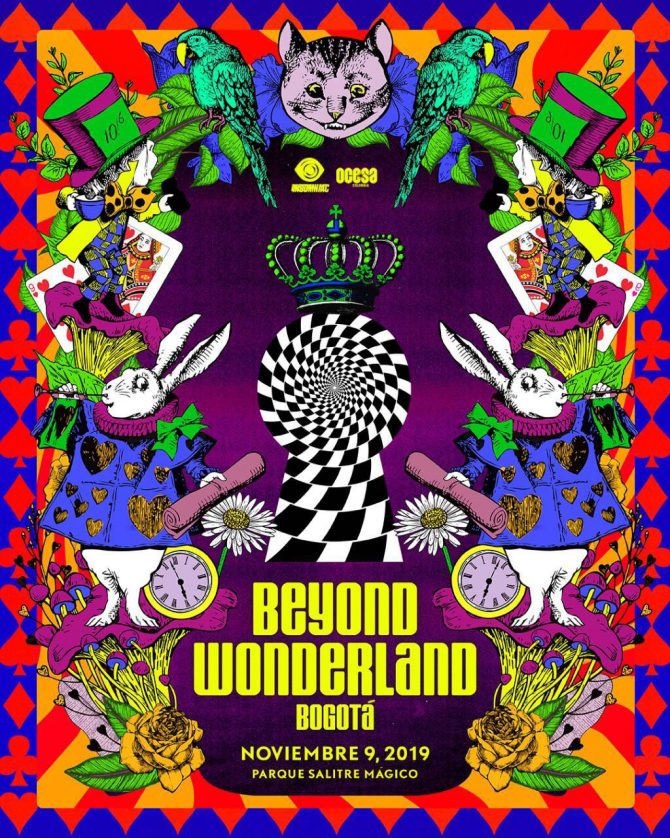