During his first of two headlining sets at this month’s Coachella Valley Music & Arts Festival, Childish Gambino asked the crowd to put their phones away, but now he is requesting for them to bring them back out and download PHAROS AR – a new augmented reality app released Wednesday (April 24th) for Android and iOS users.

Developed by MediaMonks, PHAROS AR uses the real-time game engine Unity to take users on a journey into a cosmos of tropical petroglyphs. By utilizing Google’s ARCore Cloud Anchors technology, multiple players in a single location can actually explore the space together to unlock the 35-year-old Grammy winner’s latest song “Algorythm.” In typical Gambino fashion, the app is light on instruction and instead encourages users to explore the augmented terrain for themselves. 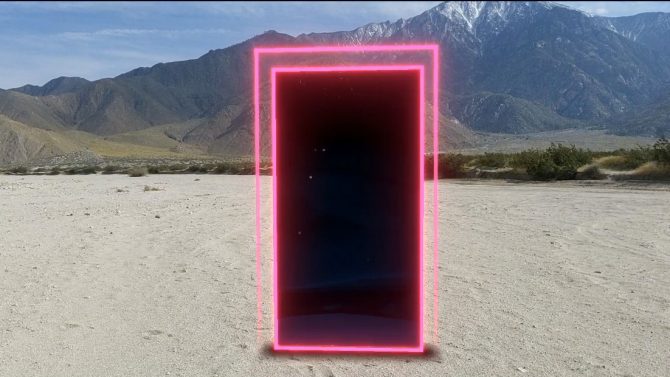 “It’s not a music video,” says Sarah Stumbo, tech producer of media & entertainment for Unity. “It’s more like a music experience.” “We think that an experience like this will really help catapult the industry forward,” she explains. “This is the world’s first cross-platform multiplayer AR experience. Maybe it’s not the world’s first AR music experience, but I don’t know if there’s ever been anything this big.” Download the app and check it out!