After spending only 16 months in his Beverly Hills home, Calvin Harris is ready to move to a new location.

The luxurious 6,000 square foot pad, which includes four bedrooms, six bathrooms, a full in-home recording studio and two-story music room can be had for only $5.75 million or a $25,000 per month lease. The amenities don’t end there as the home features living spaces in varying styles, a family room with a wet bar, a spiral staircase, swimming pool and outdoor shower, plus a spacious deck and views of city lights. 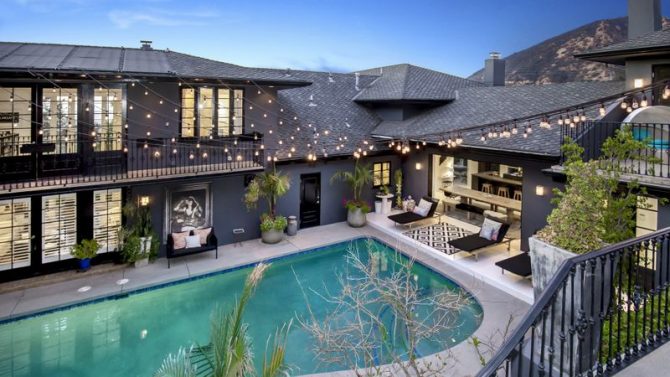 Reportedly, the home has belonged to multiple world-renowned DJ/Producers in its history, including Swedish House Mafia‘s Steve Angello, who purchased the residence in 2013 for $3.9 million. Angello later sold it to Harris for $5.045 million. It is unknown what is causing the “We Found Love” artist to get rid of this house, but he will almost surely find somewhere that is even more grand.