Ariana Grande paid tribute to the city of Manchester on her Instagram story today (May 22) with a simple image: a bee.

The insect became a symbol of unity and hope for the area following the May 2017 terror attack at the “7 Rings” singer’s concert at Manchester Arena that killed 23 fans and injured more than 100 others. With no commentary, the post was a poignant reminder of one of the darkest times in Grande’s life, for which she received a tattoo in commemoration. 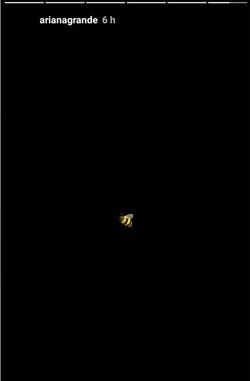 The recent Grammy winner hosted a star-studded fundraiser for the victims and families of the bombing during the One Love Manchester Benefit Concert at the Old Trafford on June 4th, 2017 – just two weeks after the tragedy – which included appearances by Justin Bieber, Miley Cyrus, Coldplay, Liam Gallagher, Katy Perry and many more. The event raised $23 million for victims and their families. Today, the city held a moment of silence in remembrance.