Apple Music has officially confirmed all the acts that will be taking place via their Up Next Live concert series.

The platform confirmed on Monday (July 1st) that Bad Bunny, Daniel Caesar, Khalid, Ashley McBryde, King Princess, Lewis Capaldi and Jessie Reyez will be performing on select dates. Kicking off the tour on July 9th will be the hottest Puerto Rican trap singer and his signature style taking the stage at Apple Piazza Liberty in Milan, with Khalid’s exhibition wrapping up the trek on August 23rd at Apple Carnegie Library in Washington, D.C. See the whole lineup below. 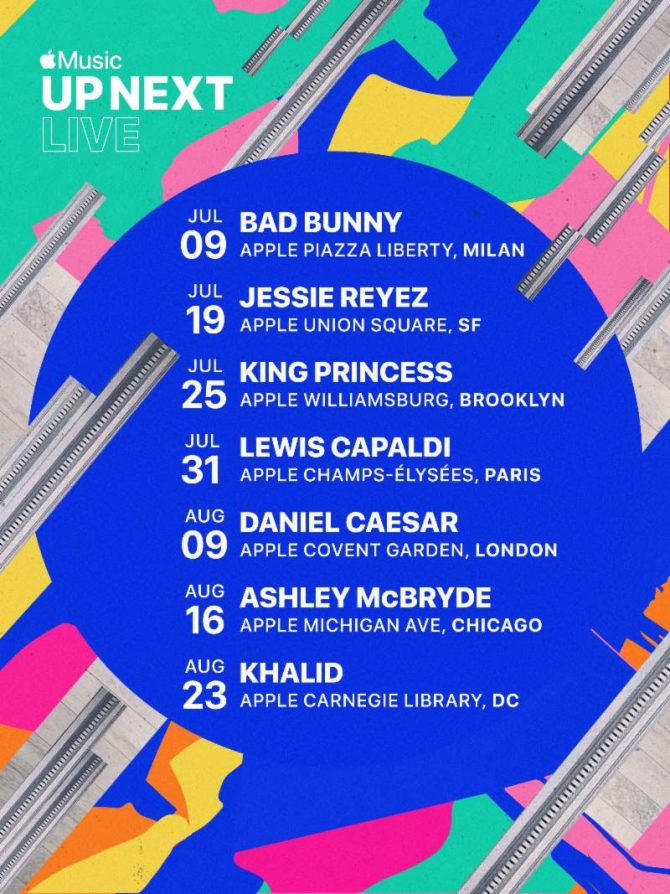